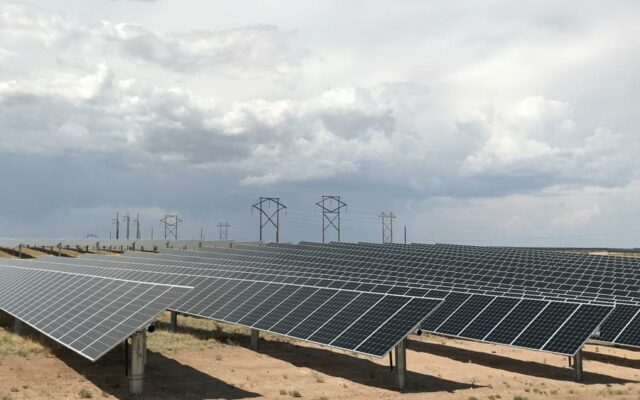 (Radio Iowa) Republicans on the Senate Ag Committee have approved a bill that would forbid energy companies, including Rural Electric Cooperatives, from installing solar panels on land that’s suitable for growing corn and soybeans. Senator Dan Zumbach, a Republican from Ryan, says he sponsored the bill because of a rapidly expanding solar farm in his district.

“It’s about protecting our most precious resource and that’s Iowa’s farmland,” Zumbach says. If the bill becomes law, solar panel fields also would have to be at least half a mile from other solar installations and 12-hundred-50 (1250) feet from a neighbor’s property line. Senator Kevin Kinney, a Democrat from Oxford, says the bill limits his local REC from expanding its solar operation, which is five miles from Kinney’s farm.

“We’re also dealing with property rights, someone owning a property and being able to do with that property as they wish,” Kinney says. Democrats on the committee voted against the bill, and the Senate’s Democratic leader says it would have a chilling effect on investment in solar energy installations in Iowa. Zumbach says he’s willing to consider changes to the bill, but he says there are no statewide restrictions on solar arrays today and it’s time to put some lines in the sand.

“I’m saying the word ‘sand’ because lines in sand are movable,” Zumbach says, “but what we do need to have is some good energy policy on putting solar farms on agricultural land which is being used for agricultural purposes and having respect for folks on both sides of those fence lines.” The bill would forbid solar installations on land with a Corn Suitability Rating of 65 or above, meaning the soil is considered fertile ground for row crops. The Iowa Solar Energy Trade Association and the Iowa Association of Rural Electric Cooperatives are opposed to the bill, while both the Iowa Farm Bureau and the Iowa Farmers Union have registered as undecided.