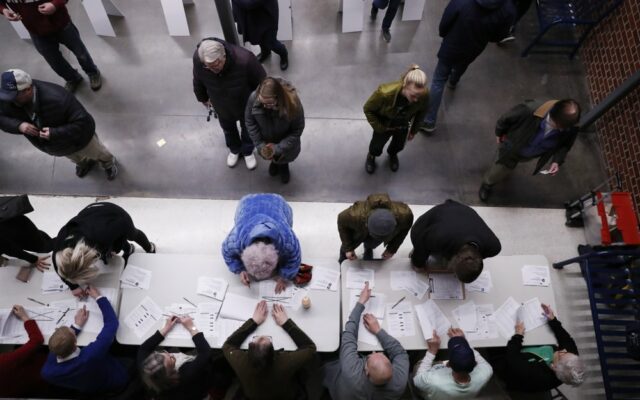 (Radio Iowa) A panel of national Democratic Party leaders has voted to eliminate Iowa’s Caucuses from its leading position in the party’s next presidential campaign. President Biden recommended that South Carolina’s Primary be the first voting event for Democrats in 2024. Biden, in a letter to party leaders, said Caucuses prevent shift workers and others from participating because they’re held at a specific time and the party should no longer let states hold presidential caucuses. Scott Brennan, a former Iowa Democratic Party chairman, is one of only two members of the national party’s Rules and Bylaws Committee that voted against Biden’s recommendation.

“The characterization of Caucuses set forth in his letter did not reflect any acknowledgement of the historic changes we propose to the Caucuses,” Brennan said. “We recognized that that the Caucuses, as they were, no longer aligned with 20th century democracy.” Iowa Democrats have proposed mail-in voting in the weeks leading up to its 2024 Caucuses, with the results to be announced on Caucus Night. Brennan says dumping the Iowa Democratic Party’s Caucuses sends a clear signal.

“Make no mistake, Republicans in Iowa will seize this opportunity double down on Caucuses and feed the narative that Democrats have turne their back on Iowa,” Brennan said. “…We are creating a self-fulfilling prophesy of electoral failure and creating a Fox News bubble for our presidential candidates in which they have no opportunity or responsibility to meet and communicate with voters in red-leaning states in the middle of this country.” The panel is keeping New Hampshire and Nevada in the group of early voting states — and adding Georgia and Michigan to the mix.

“Iowa’s Democratic Caucuses have advanced diverse, historic and often unlikely presidential candidates over the years, including Jimmy Carter, Barack Obama and Pete Buttigieg,” Brennan said. “…Instead, two very large, very expensive states are being added to the mix. This will surely favor frontrunner and billionaire vanity candidates.” Other members of the committee expressed enthusiasm for the changes. Minyon (MIHN-yawn) Moore is co-chair of the Democratic Party’s Rules and Bylaws Committee. She says grouping South Carolina, New Hampshire, Nevada, Georgia and Michigan in the early window of election contests makes sense.

“We feel strongly that this window that reflects our values paints a vibrant picture of our nation and creates a strong process that will result in the best Democratic nominee,” she said. Stuart Applebaum of New York is a vice president of the American Federation of Labor and Congress of Industrial Organizations. He says the states that kick off the presidential nomination process must reflect the economic, geographic and racial diversity of the party.

“I think that the story that we are telling with these selections is a story we can be proud of,” he says. “This is what our party looks like. This is what America looks like.” Biden, in his letter, said his goal in reshaping the 2024 calendar is to ensure voters of color and union members have an earlier voice in choosing a nominee earlier in the voting process. Susan Swecker, another panel member voting on Biden’s plan, is a former Democratic National Committee staffer who voted to dump Iowa’s Caucuses.

“This party has historically understood where this country was going, where the growth was going, where the demographics were going,” Swecker said, “and Joe Biden is reflecting that now.” If the Democratic National Committee ratifies this plan early next year, Iowa Democrats would violate party rules if they hold Caucuses before March.