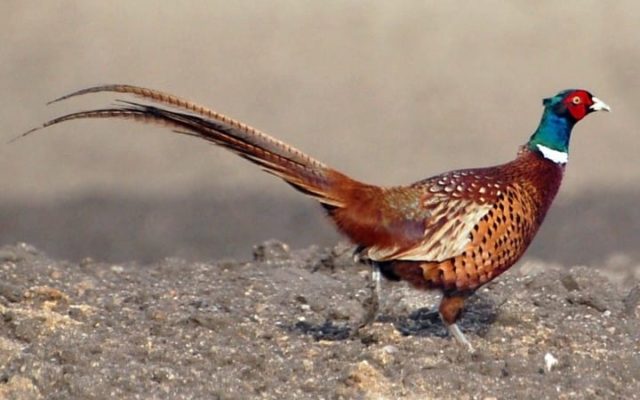 Within the survey, results showed three of the nine regions – northwest, north-central, west central – averaged at or more than 30 birds per route, which is the first time that has occurred since 2007, and the central region saw a 25 percent increase. The northeast and east central regions were about at their 10-year survey averages.

Based on the results of the August roadside survey, Iowa hunters can expect to harvest 250,000 to 350,000 roosters again this year, which would match the second highest bird harvest in the past 12 years.

While the pheasant count varied by region, the quail count was more consistent; unfortunately, it was consistently lower.

Last winter’s snow and ice across southern Iowa’s quail range led to the drop in the quail population.

The higher counts came from southwest Iowa. Hunters should focus areas where there is a good mix of shrubs, ag fields and weedy cover.

The annual August roadside survey has been collecting data on Iowa’s upland game populations since 1962.

Hunters have the opportunity to hunt these species on additional acres of private land enrolled into the popular Iowa Habitat and Access Program (IHAP).

Enrollment in the program is at an all-time high of nearly 40,000 acres. The IHAP allows hunters access to the portion of the property covered by the agreement, from Sept. 1 to May 31. Conservation officers will provide assistance and enforcement, if needed.

Hunters who frequent land enrolled in the Conservation Reserve Program should be aware that the land was opened to haying as part of the drought protocol.