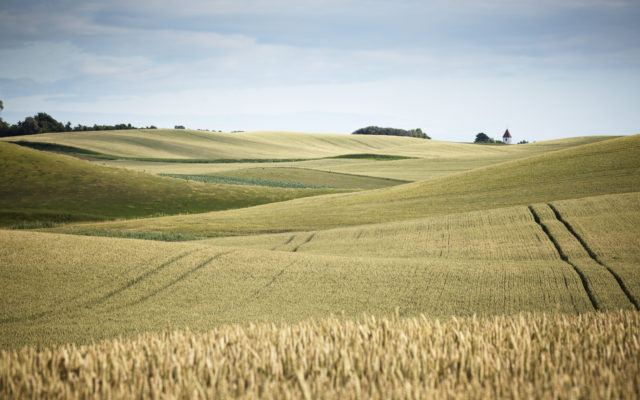 (Radio Iowa) Iowa State University Extension’s annual farmland survey released Tuesday shows a surge in the estimated value of farmland that hasn’t been seen in a decade. Wendong Zhang  oversees the survey and spoke about the results.

“The statewide average as of November 2021, is up 29 percent,” he says. Zhang is an associate professor of economics at I-S-U, and says the average price is a first in some 80 years of surveys.

“The nominal land values as reported –nine-thousand-751 dollars — as the record high since we have recorded data in 1941. So, the nominal land values in Iowa reach the highest that we have ever seen,” Zhang says. Zhang says the nominal value is higher than the 2013 land value peak — but when adjusted for inflation — it would be an increase of 21 percent. He says the values took off after a few drops and steady numbers the last few years.

“The last time we have seen the land value changes increase close to or higher than 30 percent was in 2011,” according. “In 2011 we saw slightly higher than 31 percent. Before that, we’d have to go to the 1970s.”
The top-quality farmland increased 30 percent, the middle went up 27 percent and the low quality increased by 26 percent. He says the price of corn and soybeans was a big driver in the prices.

“The factor that is noted by most respondents is higher commodity prices. When you are thinking about the corn prices and the soybeans prices, they’re substantially higher. At least 20 if not 20 to 40 percent higher,” he says. Zhang says competitive bidding for land in the central part of the state and the northern area helped drive up prices. He says the northern area land is desired for livestock production. Zhang says this year’s harvest also helped the values.

“We are getting stronger than expected yields despite the weather challenges early in the growing season. We are actually seeing fairly phenomenal crop yields this year for both corn and soybeans. So that helps improve your per bushel prices. The prices are higher and the yields are better than expected,” Zhang says.
He says federal pandemic payments factored into the mix as well.

“Those will benefit the farmers and provide at least an additional 15 to 16 BILLION dollars more into the ag economy in general,” Zhang says. All counties saw an increase — and for the ninth consecutive year — Scott and Decatur Counties reported the highest and lowest land values. Scott County saw a 30 percent increase to 13-thousand-852 dollars an acre. Decatur County increased 31-point-five percent five-thousand-62 dollars and acre. Clayton and Allamakee Counties reported the largest percentage increase, 36-point-four percent. The smallest percentage increase was 23-point-two percent in Keokuk County.