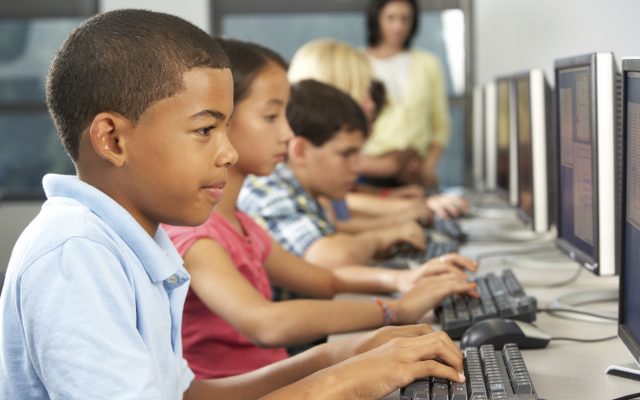 (Radio Iowa) Most Republicans in the Iowa legislature have voted for Governor Kim Reynolds’ top 2023 priority — a bill that will provide state-funded accounts for the parents of private school students. Reynolds plans to sign it into law later this (Tuesday) morning. Republican Representative John Wills of Spirit Lake opened yesterday’s (Monday’s) House debate by saying the bill is about freedom.

“The parents and the child are the customers in this scenario. They deserve a choice on where their child goes,” Wills said. “…If the current public school isn’t working for a child and those parents want to have a choice, that’s what this bill’s all about.” Democrats like Representative Sue Cahill of Marshalltown say the choice is up to private school administrators since nothing requires private schools to accept all students.

“Private schools can select the students they want to attend and use what I consider discriminatory practices to do so,” Cahill said. After five and a half hours of debate, the bill cleared the House on a 55 to 45 vote. Senators debated in earnest for about three hours, passing the bill just before 12:30 this (Tuesday) morning on a 31-to-18 vote. Representative Steven Holt, a Republican from Denison, says state funds will now follow a child to the school that best fits their needs.

“If we are to improve education, it is past time to fund our students, not the education establishment,” Holt said. “We can support public education and public teachers, while also embracing positive change.” Representative Thomas Moore of Griswold opposes the governor’s two, less expansive “school choice” proposals and he is one of nine House Republicans who voted against this year’s proposal.

“It came down very simply to my constituents — I’m in a very conservative Republican district — and they were telling me, ‘No,'” Moore said. Three Republican Senators opposed the plan. Representative Skyler Wheeler, a Republican from Hull who backed the bill, says public school parents got frustrated during the pandemic and asked for this alternative.

“This is about students, it’s not about systems,” Wheeler said, reciting a theme from the “school choice” movement. “And tonight, in historic fashion, the state of Iowa is going to uphold and uplift every family in this state.” Representative Sharon Steckman, a Democrat from Mason City, disagreed.

“This bill will not uplift every single family,” Steckman said, “only a chosen few.”

In the first year, low income parents who enroll a child in a private school could apply for nearly 76-hundred dollars in state funding to cover tuition, computers, textbooks and tutoring. In 2026, all private school parents could apply for the state money. Representative Austin Baeth, a Democrat from Des Moines, says an estimated 79 percent of the money will be spent on kids already enrolled in private schools.

“What this really is is a government handout to people who don’t need it,” Baeth said. Wills says if Iowans didn’t want school choice, they wouldn’t have expanded the Republican majorities in the legislature — and would not have reelected Governor Reynolds by a 19-point margin.

“Her stance was she’s going to campaign on school choice all across the state of Iowa,” Wills says. “She never stopped talking about it.” All Democrats in the legislature voted against the bill. Senate Democratic Leader Zach Wahls says the governor’s plan is Robin Hood in reverse.

“Iowa Republicans are giving up on Iowa’s public schools,” Wahls said. “They are quitting and throwing in the towel.” Reynolds held a private ceremony in her formal office Monday to mark the start of “School Choice Week” and plans to sign her bill into law at 11 a.m. today (Tuesday).

All Democrats and the following Republicans voted against the bill: Representatives Michael Bergen of Dorchester; Brian Best of Glidden; Jane Bloomingdale of Northwood; Chad Ingels of Randalia; Brian Lohse of Bondurant; Gary Mohr of Bettendorf; Thomas Moore of Griswold; David Sieck of Glenwood; Brent Siegrist of Council Bluffs and Senators Lynn Davis of Cherokee, Charlie McClintock of Burnett and Tom Shipley of Nodaway.