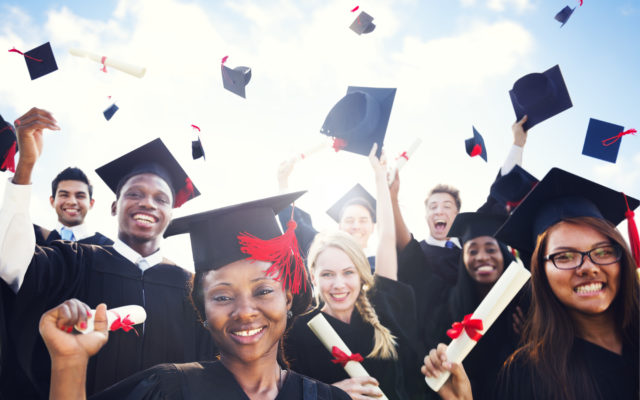 “We saw a higher number of students who dropped out — so they are no longer in school. We also see a larger percentage of kids who are going to take a fifth year,” According to Pennington. He says both factors are related to the pandemic.

He says there were more kids who might not have been engaged with the uncertainty of the school year and more kids likely fell through the cracks — as well as fewer kids who were not ready to complete high school on time due to the pandemic. The data show 90-point-two percent of students in 2021 graduated within four years, down from 91-point-eight percent in 2020. The drop is small and Pennington says it goes against what has been a 10-year trend of increases.

“We see about a two percentage point increase statewide (in 10 years)in overall rates, even with the downturn in this more recent (year). So, there’s been a nice upward trend in terms of percent of kids completing high school within a four-year window,” Pennington says. He expects things to rebound as schools are now back to normal schedules following the height of the pandemic.

“We do expect that this is a one-year blip. Again, when we look long-term we’ve seen that steady increase and even over the last couple of years it keeps ticking up in terms of the percent of students who are graduating,” he says. Pennington says that the four-year graduation rate trend was up in nearly every student demographic subgroup. For example, graduation rates for students from low-socioeconomic status households have increased by four-point-two percentage points between 2011 and 2021.