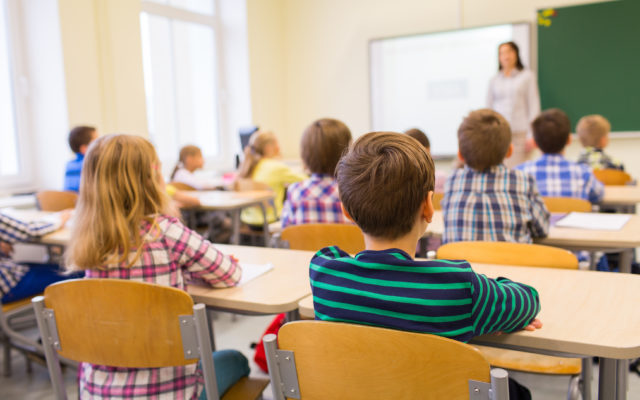 DES MOINES, IA (Radio Iowa) The Iowa House has unanimously voted to get rid of the exit exam college graduates must pass in order to get a teaching license in Iowa. Representative Tom Moore, a Republican from Griswold, was a teacher for 33 years. He’s been trying to get rid of this test for new teachers since 2015.

“These exams they have been forced to take to gain a license have no bearing on their abilities, their knowledge or their ability to become a quality teacher,” Moore says. “In fact, it simply was a barrier for some and an added expense for all.” A decade ago, Governor Terry Branstad asked legislators to require both an ENTRANCE exam for college students entering Iowa teacher preparation programs and an EXIT exam before graduates could be licensed to teach in Iowa. The bill gets rid of both requirements.

“I think it’s important that we get this done for our students that we have right now in the teacher prep institutions and I think it’s important that we, here in the House…go to our senators and say: ‘We’ve got to have this,'” Moore said, pounding his desk as he spoke, “‘…so that we can combat this teacher shortage that we have.” In the past decade, lawmakers made entrance exams for college teaching courses optional and lowered the passing grade for the test required for a teaching license. College graduates who fail that test also have been able to teach for up to a year, as they re-take the test to try for a passing score. Representative Sue Cahill, a Democrat, is a teacher in Marshalltown. At the start of this school year, Cahill unexpectedly was assigned to be substitute teacher in a second grade classroom for nine weeks after a rookie teacher learned she hadn’t passed her proficiency test.

“This young lady who had a year of successful teaching is waiting for us to pass this bill,” Cahill says. “She is back as a long-term sub in that classroom, but our superintendent even mentioned that if this bill passes, he’s going to have that contract ready for her to sign that very day.” Cahill says students aren’t judged on one piece of data and teachers shouldn’t be either. The bill now goes to the Senate for consideration.