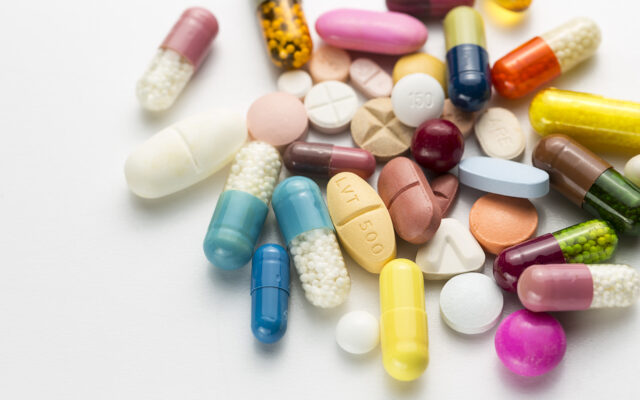 (Radio Iowa) The State of Iowa is launching an advertising campaign targeting children, teens and parents to educate them about the deadly dangers of counterfeit pills and fentanyl. State Medical Director Dr. Robert Kruse says the two-fold messaging is designed to reach children as young as five years old, middle and high schoolers, as well as adults.

“There’s television spots, a lot of high-profile social media placements on Facebook and Instagram to really bring up and enhance awareness of counterfeit pills among Iowans in that age group,” Kruse says. “In addition, we have another part including messaging targeted towards teens and young adults through YouTube and other targeted ad banners on mobile applications.” Fentanyl is a synthetic opioid that’s 50 times stronger than heroin, and he says it only takes two milligrams of fentanyl to be deadly. Kruse says it’s “essential” that parents talk with their kids about these potential killers.

“We’ve actually created a messaging or a conversation guide to really have a tool that provides parents with age-specific information about how to have this important conversation, start these conversations,” Kruse says. “So each one of those kinds of messaging would be different for each one of those cohorts of age groups.” More young Iowans are trying the pills, believing they will help them feel better, sleep better, study more effectively or reduce social anxiety, which he says makes them especially dangerous.

“They experiment by taking these pills or medications thinking it’s going to help them,” he says, “but some of these pills may be fake prescription pills and actually have counterfeit fentanyl or other stronger opioids laced with them that may cause adverse or unintended effects.” The campaign features a central Iowa couple whose 17-year-old son died of an overdose from counterfeit pills in 2021. Kruse says it’s little challenge to get the drugs with a few clicks online.

“These fake prescription pills are easily accessible and sold through these popular social media platforms,” Kruse says, “and make them really available to anyone who either has a smartphone or any kind of technology device that’s able to link into these social media platforms.” A report from the Iowa Department of Health and Human Services found 205 people died in Iowa last year from opioid overdoses.

“About 80% of all deaths involving opioids in Iowa involved an illicitly-manufactured narcotic like fentanyl,” he says, “and from 2019 to 2021, we’ve also seen individuals 24 years of age and younger experience a 289% increase in deaths involving illicitly-manufactured narcotics like fentanyl.” Last October, H-H-S announced a program to provide the opioid reversal medication, Naloxone (nah-LOX-own), in schools across Iowa so they can respond to students, staff, or visitors who may be having an opioid overdose.