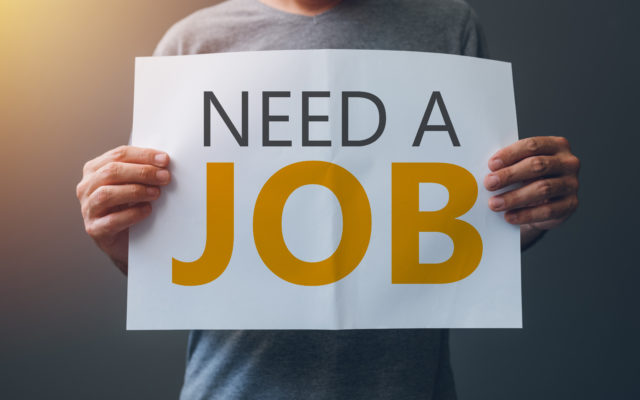 DES MOINES, IA (Radio Iowa) Republicans in the Iowa House and Senate have agreed to reduce the maximum duration of state unemployment benefits by about 39 percent. In January, Governor Kim Reynolds called on lawmakers to make the cut from 26 to 16 weeks — along with a one-week delay in delivering a person’s first unemployment check. Senator Jason Schultz of Schleswig says he and other Senate Republicans supported that one-week delay, but House Republicans would only vote to cut the number of weeks a person is eligible for unemployment.

“You take the vast amount of win that you can,” Schultz says. “You don’t always get everything that you want and we just decided that we would let the House have this one.” Businesses pay a per employee tax into a state trust fund that pays out unemployment benefits. Schultz says the reduction in how long someone may receive unemployment benefits should lead to a cut in that tax rate and leave businesses with more money to pay workers and hire new ones.

“Iowans who are unemployed, I believe they’re going to get into a job faster,” Schultz says. “The closer you are to the job market, from just being recently laid off, the more employable you are, with the mindset to get back into the workforce.” Laid off workers in most states are eligible for up to 26 weeks of unemployment compensation. The governor is indicating she’ll sign the bill to have Iowa join nine other states that offer a shorter duration in jobless benefits. The legislation also requires unemployed workers to more quickly accept a job offer that pays less — or lose benefits altogether.

“I just think we need to be doing everything we can to encourage people to stay in the workforce and stay in the game,” Reynolds says, “and so we’re going to look at everything we can to bolster that.” Democrats say Iowa’s Republican-controlled government is stooping to a new low that treats workers like public enemies and takes away earned unemployment benefits from those who lose a job through no fault of their own.