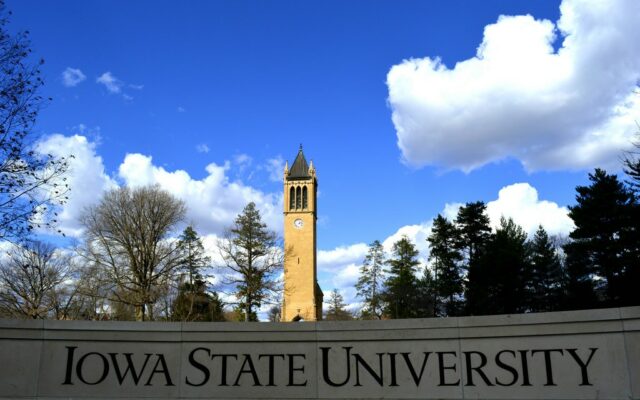 (Radio Iowa) A survey that was one of a series of recommendations aimed at strengthening efforts to protect free speech rights at the three state universities after lawsuits at all three schools was reviewed by the Board of Regents Wednesday. Regents Chief Academic Officer, Rachel Boon, says the survey found 74 percent of students were comfortable expressing their opinions on campus.

“Most students do agree that they’re comfortable expressing their opinions more in campus settings than in our off-campus settings. This was an interesting finding — in fact — in classrooms is where the greatest number of them agreed they feel comfortable,” she says. The survey found 90 percent of students felt they were open to listening to different views and thought only 59 percent of other students were that open.

“We like to see ourselves in our best possible light — I’m sure present company included in that. I would note that the students judged their peers a lot more harshly than the employees were judging how students’ openness was to hearing different views,” Boon says. The survey was completed by just ten percent of the students — with the numbers split fairly evenly between the University of Northern Iowa, University of Iowa and Iowa State University.

“We had over seven-thousand student respondents and that was a big enough number that we can work with it. If you think statistically speaking, seven-thousand is a big enough number that we can feel pretty good about the results we have,” Boon says. Thirty-eight percent of the faculty and staff returned the survey. The survey was done before the free speech training on campus. Boon says these numbers right now give basic results and don’t tell the complete story.

“We can seldom answer the question of why people answer the way they do. So we see how they answered — but we don’t know exactly what was going on that made them say that,” she explains. Boon says they need to do some more analysis of the survey information to get a better idea of what is happening.