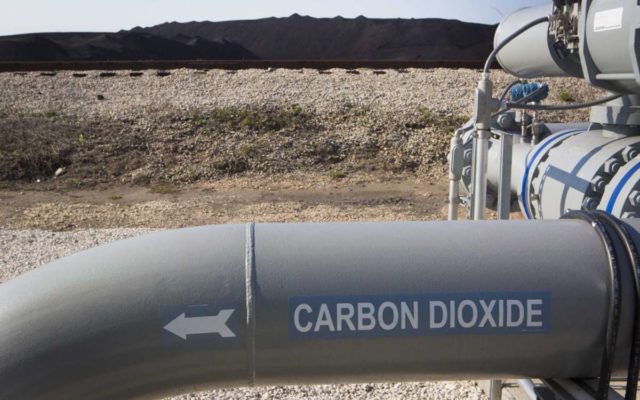 (Radio Iowa) A bill scheduled for debate in a Senate committee today (Wednesday) would take away the Iowa Utilities Board’s power to grant eminent domain to private companies, so land may be seized for carbon pipelines and similar projects. Senator Jeff Taylor, a Republican from Sioux Center, is the bill’s sponsor.

“There is neither constitutional nor ethical justification for government to use its coercive power to seize private land or force an easement primarily for the benefit of wealthy, well-connected business owners,” Taylor says. Jeff Boeyink is a lobbyist for Summit Carbon Solutions, the company that’s hired former Governor Terry Branstad to promote its carbon pipeline. Boeyink says changing the rules for eminent domain would send the message that Iowa’s regulatory climate is unstable.

“With this bill, this project stops dead in its tracks,” Boeyink says. “That means all the tens of millions of dollars that have already been invested are lost, this project goes nowhere, farmers get no benefit, the ethanol plants we sign up are done.” Iowans who’ve been notified their property is along the proposed routes for carbon pipelines spoke at an hour-long Senate subcommittee hearing on the bill yesterday (Tuesday).

Dan Tronchetti owns a farm near Paton in Greene County.  “I thought I had property rights, but Summit Carbon is telling me I don’t…that they can ask for eminent domain and that I might as well go ahead and sign a voluntary easement,” Tronchetti said. “…I can’t believe that 40 years of hard work doesn’t mean anything.” Kathy Stockdale of Iowa Falls held up a map showing the route for a proposed pipeline would pass through the middle of her farm.

“We have 30 acres of wetlands right over here by where Summit it coming in,” Stockdale said. “…You can see that they’re going through a waterway up here. This is where the highly erodible is, so we are concerned because this is very sandy soil and when there’s a rain, what’s going to happen to the pipeline underneath?” Republican Senator Craig Williams of Manning voted to advance the bill out of subcommittee, but he told pipeline critics it’s difficult to retroactively change regulations.

“There are three or four other issues with this bill and I get that everybody wants us to pass this bill, I just don’t think that it does what you want it to do,” Williams says. Republican Senator Mike Klimesh of Spillville says the bill as currently written is too broad.

“I think that it would make it virtually impossible for pipelines that serve a public good or a public purpose to be able to exist or grow or even cross the state,” Klimesh says. “What I’m talking about is oil pipelines, natural gas pipelines…pipelines that move essential services.” But Klimesh says the issue merits more discussion and that’s why he also voted to make the bill eligible for consideration in the Senate Commerce Committee today (Wednesday).