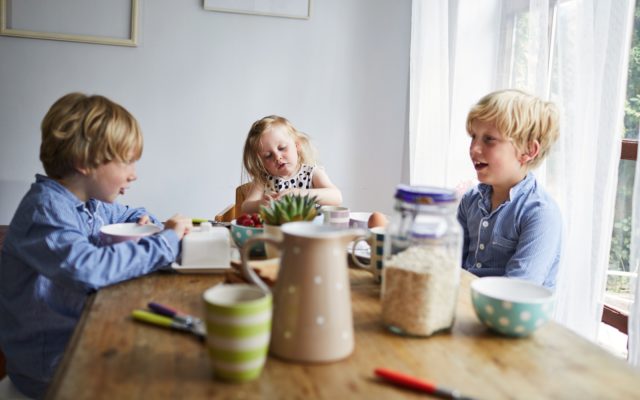 DES MOINES, IA (Radio Iowa) Republicans in the Iowa Senate have voted to let 16 and 17 year olds be in charge of school age children at child care centers, without direct adult supervision. Senator Craig Johnson of Independence, a Republican, says Iowa teens are already allowed to work as lifeguards and certified nursing assistants.

“When I was a young kid back in the ’70s, we had many lifeguards that were at the pool that I know they weren’t seniors yet. I don’t remember their age, but they had to have been just old enough to drive themselves to work,” Johnson says. “That’s in rural Iowa at our local pools.” The bill also raises staffing ratios, so one adult child care worker could oversee up to 10 three-year-olds. Senator Janet Petersen, a Democrat from Des Moines, says these changes could become a nightmare for parents.

“Iowa is ranked one of the worst states in the country for child abuse…we should be fixing that, not making matters worse with a bill that takes away regulations that are put in place to secure the safety of our future generation.” If the bill becomes law, one adult could oversee a room of seven two-year-olds. The upper limit under current law is six two-year-olds per child care staffer. Democrats opposed the bill. Senator Claire Celsi of Des Moines says better pay and benefits are the answer to Iowa’s child care crisis.

“It’s not as easy as it looks. You have to pay attention every second,” Celsi says. “…It’s not just warehousing kids in a child care center. They need…quality attention from the person who’s watching them.” Senator Jeff Edler, a Republican from State Center, says these proposed staffing ratios would not be requirements, but options.

“I trust in our day care providers that they can make the proper decisions…And, you know, how are all the other states doing it? I mean, we’ve 33 other states that are one-to-seven up to 35 months (and) 41 other states doing a one-to-10 ratio on three year olds,” Edler asked. “You know Iowa is behind.” The bill now goes back to the House for consideration of Senate changes.