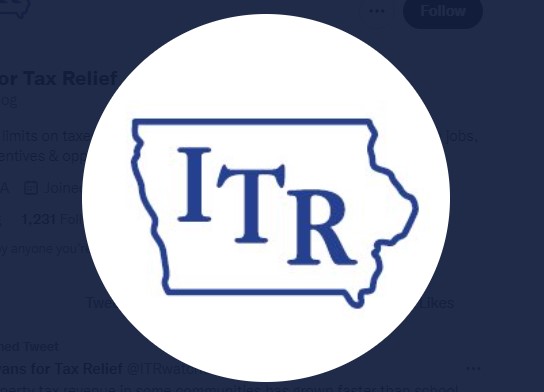 (Radio Iowa) A group that successfully pushed for spending limits in state government three decades ago is urging Governor Reynolds to propose new limits on local governments. Chris Hagenow is president of Iowans for Tax Relief.

“We think it would be a good idea to implement a two-year property tax freeze in Iowa,” Hagenow says, “so that we can press pause and take a look at what some of what the various ideas might be to reform the system.” Property taxes are the bulk of most city and county budgets. Hagenow’s group suggests that state lawmakers place both spending and borrowing limits on local governments — and resist having state government provide more money for the things local governments pay for today.

“Real tax reform is placing limitations on government itself,” Hagenow says. Hagenow says it will be a multi-year discussion to come up with permanent changes to the state’s complicated property tax system.

“We don’t believe that this gets solved in one year. It’s taken many years to get to this point,” Hagenow says, “but property taxes in Iowa are the 10th highest in the nation and, as assessments are going up, Iowans are going to be faced with increasing property tax bills.” Hagenow made his comments yesterday (Thursday) during an online forum hosted by the governor. Another speaker told Reynolds his group fields the most complaints about property taxes.

“You’re right on property tax. It’s probably that most hated tax out there,” Reynolds said. “We’re working on individual and corporate (income taxes). That’s next up.” During a speech in Florida last month, Reynolds said she hopes to eliminate Iowa income taxes by the end of 2026.