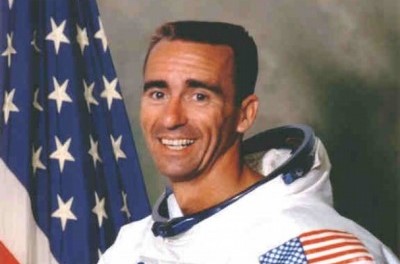 Astronaut Walter Cunningham was born in Creston and said in a recent interview that he grew up poor, dreaming of flying airplanes, not spacecraft, though he went on to do both. Cunningham enlisted in the U-S Navy in 1951 and later became a Marine Corps pilot, serving in Korea. After getting a doctorate in physics, Cunningham became an astronaut and in 1968, was the lunar module pilot on the Apollo 7 crew. They spent 11 days in space and paved the way for the moon landing the following year. Cunningham died Tuesday in Houston at age 90.