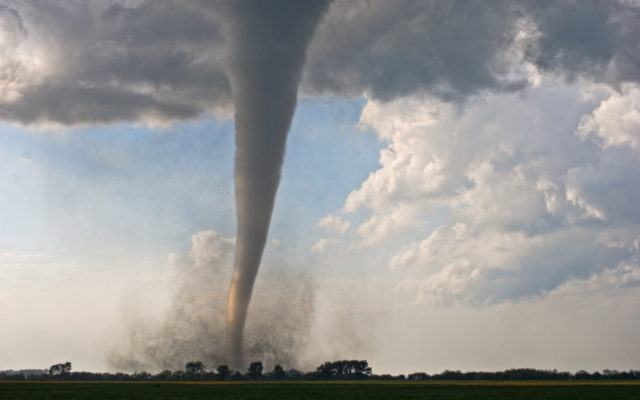 AMES, IA (Radio Iowa) The experts are still studying the series of ten tornadoes that touched down in Iowa on March 5th, claiming seven lives and damaging or destroying dozens of houses. Meteorologist Dennis Todey, director of the U-S-D-A’s Midwest Climate Hub in Ames, says the strength of the tornadoes was very unusual, as they included a pair of E-F-2s, an E-F-3 and an E-F-4.

Todey says, “Small tornadoes in March is not a surprise, too much, but something of this nature and several of them, the total is up to ten now that the Weather Service has confirmed related to this, is really more than we want to see at this point.” Forecasters are trying to determine if this is a sign of more frequent early-season severe weather.

“I don’t know that we can take it as a signal for anything larger just yet,” Todey says, “but it is also an example of a typical spring kind of thing where you get some severe weather ahead of a big system and then cold air and snow behind it.” Temperatures in parts of Iowa that day were in the 60s and 70s, then the late afternoon storm brought tornadoes and hail, followed the next day by highs only in the 20s and 30s and several inches of snow. That clash of large masses of warm and cold air, Todey says, is textbook for tornadoes.

“The jet stream itself is starting to work its way back northward from being in the southern U.S. during the winter,” Todey says, “so that boundary between the warm air and cold air is more in the middle of the country now and we’re able to get more warm air and moisture further northward more readily.” That can be a recipe for severe weather. Iowa also saw a massive outbreak of tornadoes during the derecho (dah-RAY-cho) in mid-December, which was very rare.