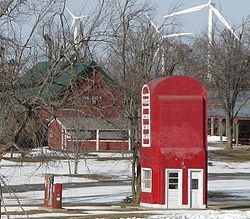 The City of King City is encouraging water users to take steps to keep their water meters insulated. At a meeting on Monday night, council members received a citizen concern from a water customer who had a water meter freeze which led to damage and higher water usage. According to the city code, it is up to the responsibility of the water customer for the caretaking of the water meter, and they have the responsibility of the damage which may come from a damaged meter. That liability information will be shared by the city with water customers. Later in the meeting, the council received information that 4 meters had frozen during the December cold snap.

The council tabled the progression of using a USDA grant to help finance the replacement of a city truck. The city has a 15 percent grant available through the USDA, but have collected just one bid at this time. More bids will be sought.

In an effort to deal limit traffic on the city’s south side near the reservoir, the city plans to place gates at the entrance of the reservoir.

Options for the Swim Club’s pool were presented to the council.