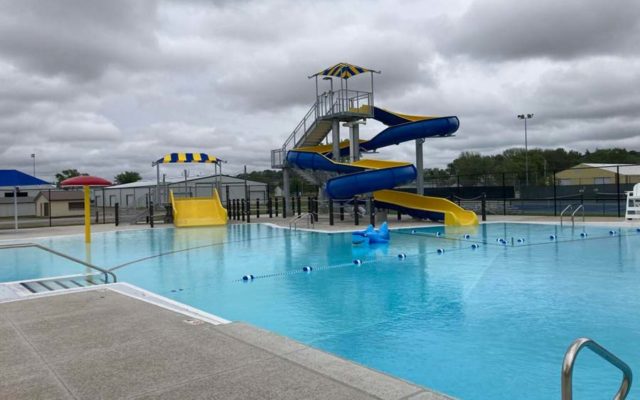 (Radio Iowa) With the forecast calling for high temperatures statewide in the 80s and 90s all week, many Iowans will be heading to their nearest municipal swimming pool for a cool dip. Some pools and water parks remain closed, however, due to a lack of lifeguards. Red Oak City Administrator Brad Wright says they just opened a new outdoor aquatic center last Friday with ten staffers, but they could use at least five more lifeguards.

“Communities all around are dealing with the same thing,” Wright says. “Some pools are unable to open because of staffing, others are opening at a limited capacity. We continue to work on that, and try to find ways to encourage young kids to come out, get certified and work for us.” Wright says the word “excitement” doesn’t adequately express his thoughts over the facility’s opening. The project entailed a massive overhaul of the original pool, complete with modern amenities.

“We basically tore out the north third of the pool. So, what was a three-foot depth area, we replaced that with a zero-depth entry area,” Wright says. “There’s a couple of water features for little kids to run under — mushrooms and stuff that pours water on your head. There’s a couple of slides — a family slide, and a large slide for the bigger kids.” Construction of the aquatic center in Red Oak was completed in the summer of 2020 but due to COVID-19 and some minor complications, it stayed closed until this past weekend.