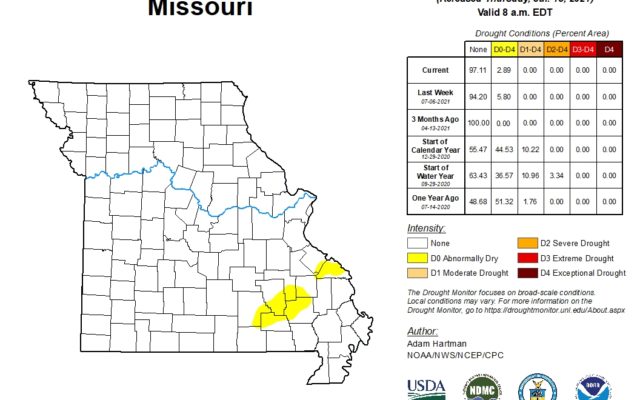 Recent rains that included substantial moisture has taken virtually all of our listening area out of drought or pre-drought conditions. 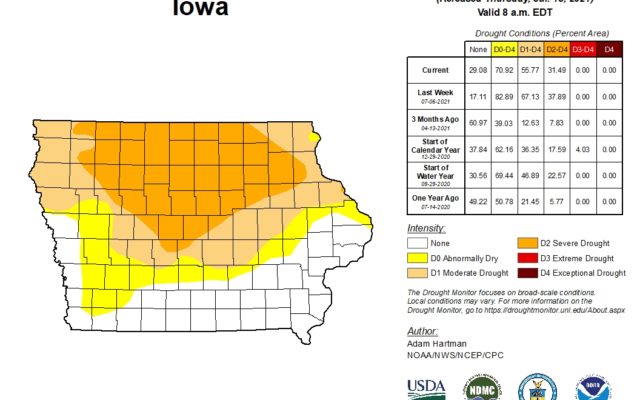 Recent rains in Iowa have noticeably improved their soil moisture situation. With the southern Iowa counties lifted from any drought concerns, nearly 30 percent of the state reports adequate moisture. 15 percent of Iowa territory remains in pre-drought conditions. Another 25 percent are considered to be in moderate drought. 38 percent report severe drought. Most of that territory is in central and northern Iowa.

This week’s soil moisture map did not include the Wednesday rains in central and northeast Iowa.