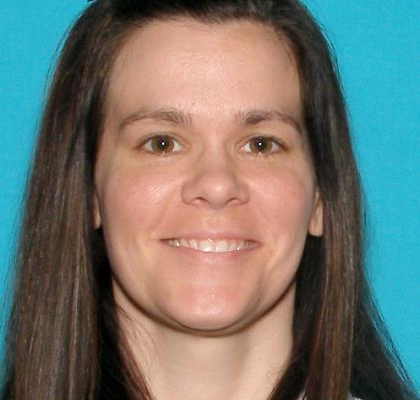 Authorities in Livingston County are on the search for a woman wanted on first-degree murder charges.

According to information from the Livingston County Sheriff, 41-year-old Jennifer Anne Hall is wanted for class A felony murder in the 1st degree with a warrant dated for May 4, 2022.

Hall is described as a 5 foot five-inch tall white woman with brown hair and hazel eyes weighing about 135 pounds. She may also be using the last name Semaboye.

She is believed to be aware of the arrest warrant, which has prompted the Sheriff’s Office to request the help of authorities in both Kansas City and the State of Kansas in the search for Hall.

Authorities say, Hall, who is now 41-years old, was a respiratory therapist at the Chillicothe hospital from December 2001 to May 2002, when she was placed on administrative leave following the death of Fern Franco on May 18th, 2002.

It is alleged in a probable cause affidavit that during Hall’s employment the number of cardiac collapse incidents made an alarming rise. A total of eighteen incidents occurred during Hall’s five months at the hospital which were reported as suspicious. Historically Hedrick Medical Center averaged only one “Code” incident per year.

The Chillicothe Police Department says pneumonia patient Fern Franco was discovered dead on the morning of May 18th, 2002. Hall was placed on administrative leave after Franco’s death and the hospital reported “Code” incidents returning to normal.

The probable cause affidavit says the decedent’s remains were disinterred and an autopsy revealed the presence of substances not prescribed to her and which were not ordered by doctors. It is alleged that a toxicology expert’s opinion is that the cause of Franco’s death was poisoning.

Hall was convicted of setting a fire in 2001 at a hospital in Harrisonville, Missouri. She served one year in prison before the conviction was overturned and she was found not guilty at a second trial.

Wrongful death suits against Hedrick Medical Center were dismissed after an appeal to the Missouri Supreme Court found the cases were filed past the statute of limitations had run.

If you have any information, contact the Livingston County Sheriff’s Office at 660-646-0515.