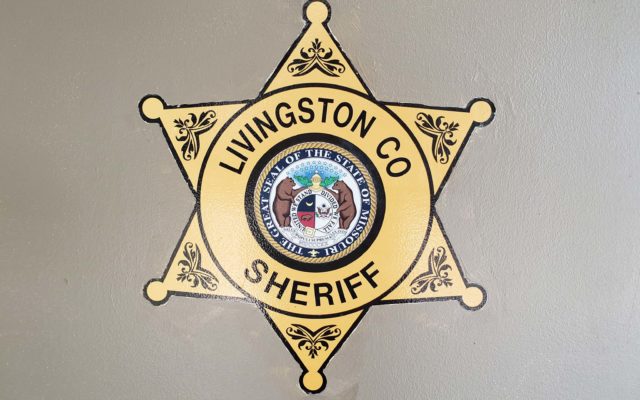 April 28 LCSO responded to a location in Wheeling on a report of Trespassing.  Person claimed two people known to them unlawfully entered their home knowing they were not welcome.  Suspects gone upon arrival of deputy.  No formal charges being sought.

April 30 at 12:47 p.m. LCSO responded to a location on Highway B at the north end of Wheeling on a Domestic Disturbance call.  Deputy requested assistance from the Missouri State Highway Patrol as call allegedly involved a drug intoxicated person and reports that person also drove from the scene.  The suspect was refusing to follow directions or comply with the deputy and was ultimately arrested and physically resisted arrest.  Karla Ann Knouse, 52, Wheeling was arrested for alleged Possession of Drug Paraphernalia and Resisting Arrest.  Ms. Knouse was transported to the LCSO where she was processed and released on summons.

An area resident has been scammed out of $2,400 from a creep who used the phone scam to claim they were a debt collector and have been taking payments with a debit card over the phone.  The victim has learned this was actually a scam and the likelihood of any recovery of money is extremely slim.

May 11 LCSO began investigation of burglary and stealing of cutting torch, welding leads and supplies from a farm in the 23000 block of LIV 389.  Investigation continues.

May 13 at 10:33 a.m. LCSO responded to a location in Utica on report a small child walking unattended.  Investigation showed the toddler had walked away from home and escaped the babysitter.  Home was found to be in poor living condition and information hot-lined to the Division of Family Services.  Incident report completed on situation.

May 14 LCSO responded to a call of a drunk and drugged suicidal person in rural Livingston County that was or had been driving a vehicle.  Investigation resulted in locating the adult, obtaining clearance at HMC and a 96-hour court order where the LCSO transferred the person to a treatment facility in St. Joseph.

May 14 Deputy Sheriff/School Resource Officer Mike Lewis filed a report with our office of a CHS student who allegedly made threat to one or more other students.  Parents, school administration and juvenile office is aware of the situation and will be handling this case.

LCSO is currently investigating multiple assault cases, child abuse, and other crimes we hope top report on in the near future.

May 10 Tyler Dillon King, 29, Sparta, arrested by authorities in Holt County on Livingston County arrest warrant for alleged Failure to Appear in Court on 2 counts class A misdemeanor Non-Support.  Bond set at $1,000 cash on case #21LV-CR00077.  Mr. King will be extradited at first opportunity.

May 05 at 11:52 p.m. deputy stopped a vehicle for traffic offense and stop led to the arrest of James Lee Vail III, 38, Chillicothe for alleged Driving While Suspended and DWI-2nd offense.  Mr. Vail was processed and released on summons.

May 06 at 8:08 a.m. LCSO arrested Jennifer Jane Simmons, 49, Chillicothe, on Livingston County arrest warrant for alleged class D felony Abuse or Neglect of a Child under section 568.060.0(1)-no sexual contact.  Ms. Simmons was transferred to DDRJ in lieu of $7,500 bond.

May 06 LCSO arrested Kegan Scott Swartz, 28, Columbia on Livingston County arrest warrant for alleged class E felony Fail To Register as a Sex Offender.   Mr. Swartz was unable to post the $10,000 bond and transferred to DDRJ.

May 06 at 9:30 p.m. a deputy stopped a vehicle on U.S. 36 for traveling 90 in a 65 and subsequently arrested Arlando D. Staten, 49, Kansas City, MO on a Linn County arrest warrant for alleged Exceeded Posted Speed Limit by 20 to 25 miles per hour with a $200 bond and a Pettis County arrest warrant for alleged Failure to Appear in Court on a Moving Traffic Violation with a $150 bond.  Mr. Staten received a citation for the 90 in a 65 in Livingston County and posted bond and received new court dates on the warrants.

May 10 LCSO extradited Jessica Dawn Dryer, 29, from Carroll County authorities on Livingston County arrest warrant for alleged Failure to Appear in Court on original charge of stealing and trespassing.  Ms. Dryer posted $250 bond at the LCSO and was released with a new court date.

May 13 at 1:06 p.m. in Utica a deputy arrested Melissa Renee York, 44, on Chillicothe Municipal warrant for alleged Failure to Appear in Court on original Failure to Maintain Financial Responsibility on Motor Vehicle.  Ms. York posted bond and was released with a new court date.

May 05 a deputy stopped a vehicle for running a stop sign/signal and issued the Springfield driver a citation for Driving While Revoked.

May 05 at 11:24 a.m. a Ludlow resident was stopped on Highway D and issued citations for 68 in a 55 and Driving While Suspended-1st offense.

May 07 at 3:02 p.m. a Chillicothe driver was cited for Making Unnecessary Noise with Motor Vehicle Horn on Country Club and Fairway Streets.  The driver was following an off duty deputy and using his vehicle and equipment to harass other motorist(s).

May 02 LCSO responded to a location in Mooresville regarding a private property accident.  The individual failed to properly park the vehicle and it rolled over him causing serious injury.  Alcohol may have been a factor in the incident.  CDES and Life Flight responded to the scene.  The person was reportedly combative and uncooperative.

LCSO has been extremely busy working on moving into 919 Jackson Street and getting the new area prepared for our equipment.

Various scam calls continue going around our community, everything from pretending to be the Social Security Administration and there is a warrant for your arrest to the grandchild scam where a person claims to be a relative or grandchild and in jail or a hospital and needing urgent transfer of funds.  When you get these calls either hang up or slow down the process and check with your family to make sure they are safe.  Two things all the scammer creeps have in common is they do not want you to tell anyone else about this and to either send money through a money transfer company or get certain cards from a retailer and provide the caller with the information on the card.