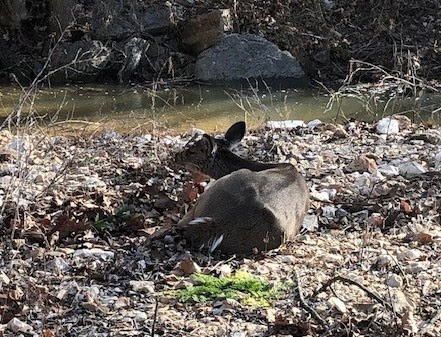 The Missouri Department of Conservation has announced the final results of its CWD monitoring, management, and testing efforts for the 2020-21 surveillance year.

The MDC confirmed 44 new cases of CWD from the more than 15,300 tissue samples from hunter-harvested deer for CWD testing.

The new findings bring the total number of CWD cases in the state to 206. MDC has tested more than 152,300 deer since the first cases of CWD were found in free-ranging deer in Missouri in 2012.

Of the 44 new cases, two were found in Putnam County and one in Pulaski County, both of which had no previously known cases of CWD.

One confirmed case came from a deer in Ste. Genevieve County that was found exhibiting signs of CWD infection. It typically takes an average 18-24 months from the time a deer is infected with CWD until it looks visibly sick. Deer can spread CWD long before they look or act sick. In Missouri, most deer that test CWD-positive do not show signs of the disease. Deer showing signs of CWD may present a variety of symptoms, including dramatic weight loss, abnormal behavior, and excessive thirst, drooling, or urination.

MDC Wildlife Health Program Supervisor Jasmine Batten noted that the 15,300 deer tested during the past season decreased significantly from the year before due to the effects of COVID-19 on MDC’s surveillance efforts.

MDC thanks the thousands of hunters who brought their harvested deer to MDC locations for CWD sampling and testing. MDC also thanks the more than 150 partnering taxidermists and meat processors throughout the state who sampled over 9,300 hunter-harvested deer this year for CWD testing.

MDC also thanks the more than 1,500 landowners in areas where CWD has been found who voluntarily signed up to participate in MDC’s post-deer season CWD management efforts. Cooperatively, landowners and MDC staff in these areas harvested an additional 2,713 deer after the close of the deer season, removing an additional 18 CWD-positive deer.