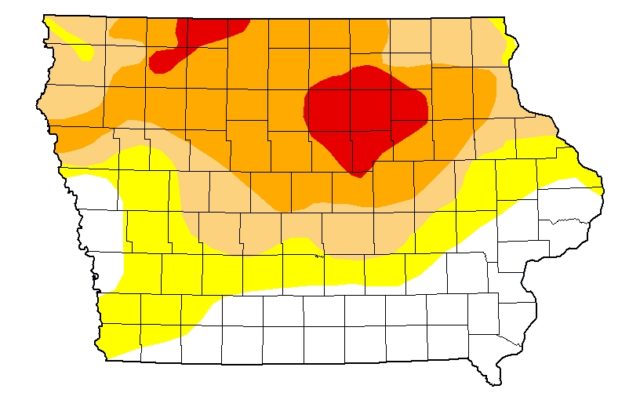 There was no change in the Drought Monitor Map for Missouri, but Iowa showed the first signs of the next stage of drought in the north central part of the state. 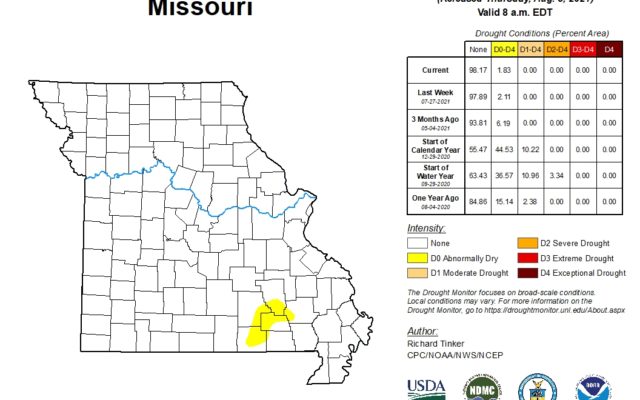 Missouri continued to show only some pre-drought conditions for a very small area in the southeast part of the state. There were no drought signs in either northwest Missouri or southern Iowa within our listening area, but northern Iowa showed deteriorating drought conditions. 7 percent of the state is now considered to be in extreme drought on the scale used by the National Drought Mitigation Center. Characteristics of D-3 Drought include dry pastures that may lead to cattle sales, trees drop leaves, crops have pest infestation, and warm water could potentially leads to fish kills. Butler and Franklin County are entirely in the D-3 Category. Parts of 6 other counties surrounding them are also in the category. 27 percent of Iowa is in severe drought. Another 20 percent is in moderate drought. All of the extreme and severe conditions north of Interstate-80. 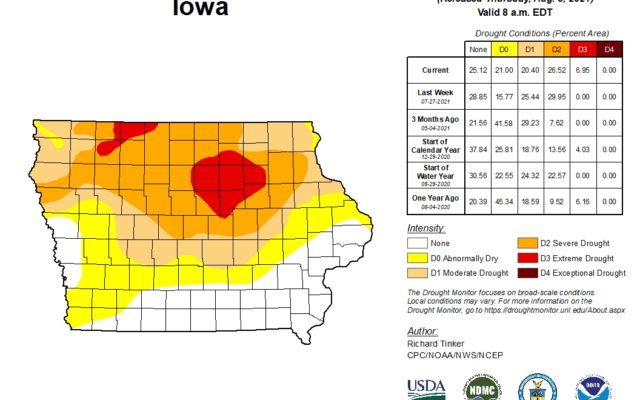