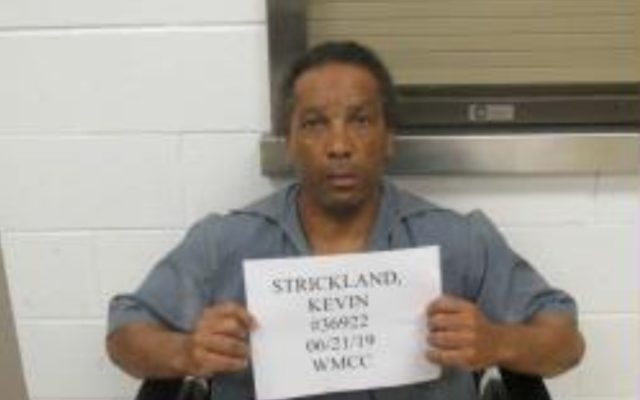 Photo from MO Dept of Corrections

KANSAS CITY, Mo. (AP) — Missouri Gov. Mike Parson said he is not convinced that Kevin Strickland is innocent, despite prosecutors and other supporters calling for Strickland’s exoneration for a triple murder that has kept him in prison for four decades.

Parson told KSHB-TV on Wednesday that he has looked at Strickland’s case several times but the “bottom line” is that no court of law has found Strickland innocent.

“I am not convinced that I’m willing to put other people at risk if you’re not right,” Parson told the station.

Parson said he is “more than likely” going to sign a new law that would provide Strickland with a new legal avenue toward release. The law would give local prosecutors the authority to ask judges to exonerate prisoners they believe are innocent.

Jackson County Prosecutor Jean Peters Baker has sought Strickland’s release and said if Parson signs the new legislation, she will file a motion asking a Jackson County judge to exonerate Strickland at 9 a.m. Aug. 28, when it would become law.

Several state lawmakers from both parties have asked Parson to pardon Strickland, who has maintained his innocence since he was convicted in the April 1978 deaths of three people in Kansas City.

Members of the prosecution team that convicted Strickland have said he should be exonerated, as have federal prosecutors in the Western District of Missouri, Jackson County’s presiding judge, Kansas City Mayor Quinton Lucas and the Midwest Innocence Project.

The Kansas City Star reported in September that two men who pleaded guilty in the killings said for decades that Strickland was not with them during the shooting. The only eyewitness also recanted and wanted Strickland released.

Defense attorneys said in a motion filed with the Missouri Supreme Court in May that prosecutors removed the only four Black potential jurors from the trial for Strickland, who is Black. The state Supreme Court declined to hear Strickland’s case, without giving a reason.