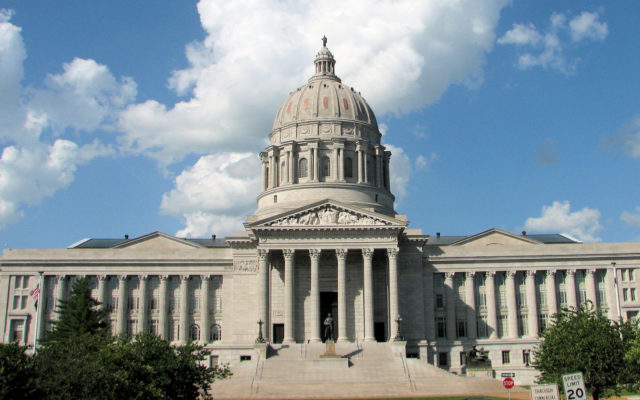 COLUMBIA, Mo. (AP) — A Missouri bill passed by the state House on Tuesday would put restrictions on how race is talked about in public K-12 schools.

The GOP-led House on Tuesday voted 85-59 in favor of the bill, with some Republicans opposing the measure. It now goes to the Republican-led Senate.

The measure also bans schools from compelling students and teachers to affirm that “individuals of any race, ethnicity, color, or national origin are inherently superior or inferior.”

Students, parents or teachers could file complaints alleging violations of those bans with the state education department or Missouri attorney general.

Supporters argued that the bill is needed to prevent classrooms from being used to indoctrinate children. But critics said the measure could have a chilling effect and might scare educators away from having difficult discussions about race and American history.

“America’s history is not squeaky clean,” Democratic Rep. LaKeySha Bosley said. “We need to be open-minded about that and have the hard conversations and not be scared to talk it through.”

Similar language has been advanced in Republican-led legislatures in states including Florida and Mississippi.

The Missouri bill comes as Republicans across the country have been raising money by saying critical race theory is a threat.

Critical race theory is an academic framework that examines how racism has shaped public policy and institutions such as the legal system, and how those have perpetuated the dominance of white people in society.

The Missouri legislation doesn’t mention critical race theory but alludes to the concept.

The measure also includes a number of provisions aimed at forcing schools to open their doors more widely to parents or face the threat of funding restrictions or lawsuits.

“Parents’ Bill of Rights Act of 2022” and would require school boards to “recognize and affirm the protected right of parents to direct the education of their minor child,” among other parental privileges in public schools including the right to visit their child in school.

“This language can wreak havoc in the classroom,” Republican Rep. Mike Stephens said. “Even though we want schools to be more open and we want the institutions of the public schools to be more open, we still have to have a system that is functional and that is not hamstrung by overkill and overzealous regulations.”

“I have no problem whatsoever with tipping the scales in favor of the parents, because that’s how we communicate that we will work to regain your trust,” Republican Rep. Doug Richey said.

Under the measure, schools would be required to notify parents of misdemeanors or felonies committed by teachers and staff. Students could not participate in extracurriculars or field trips without parent permission.