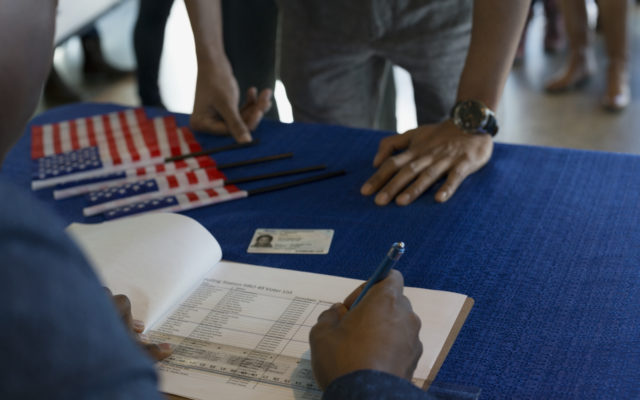 JEFFERSON CITY, Mo. (AP) — Missouri lawmakers on Thursday once again passed legislation to require voters to show photo identification at the polls, as well as to allow two weeks of no-excuse early voting.

The GOP-led House voted 97-47 to send the bill to Republican Gov. Mike Parson, whose spokeswoman didn’t immediately respond to an Associated Press request for comment Thursday on whether he plans to sign it.

Under the measure, voters who don’t bring valid IDs to the polls could cast provisional ballots, which wouldn’t be counted unless those voters return the same day with proper IDs or election authorities verify their signatures.

Senate Democrats compromised with Republicans last week to include the early voting provision, allowing the bill to pass.

Currently, voters need to cite an excuse for why they won’t be able to vote in-person on Election Day. The change would allow in-person, no-excuse early voting for two weeks while requiring absentee voters to show photo identification.

The measure is the latest attempt by Missouri Republicans to require voters to show government-issued photo identification to cast ballots.

Lawmakers passed a photo ID requirement in 2016. But a key provision requiring voters who lacked a photo ID to make a sworn statement in order to cast a regular, non-provisional ballot was struck down by the Missouri Supreme Court in 2020.

The current legislation requires photo identification but does not include the affidavit language that Supreme Court judges found objectionable.

“It’s really for election integrity,” Republican bill sponsor Rep. John Simmons said during House debate Thursday. “People in Missouri voted back in the 2016 ballot initiative to have a photo ID used to protect the enfranchisement of every voter.”

Democrats argue photo IDs only prevent voter impersonation, which they say is not an issue.

Black House Democrats on Thursday railed against the legislation, describing it as “egregious,” “shameful” and “B.S.,” using an abbreviation for profanity. They argued the measure would disproportionately hurt Black voters and decried Democratic senators for allowing the measure to advance.

“Personally, I feel attacked by this,” Democratic Rep. LaKeySha Bosley said to Simmons. “This is not just legislation. This is not just a policy anymore. What you’re trying to do is take us back to Jim Crow.”

Other provisions in the legislation would eliminate Missouri’s presidential primary, instead leaving it up to partisan caucuses to pick Democratic and Republican nominees.

The legislation also would would ban private donations to fund elections, with the exception of some in-kind donations such as water or face masks and food for election workers.