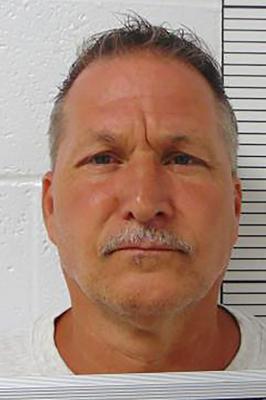 (AP) The U.S. Supreme Court on Monday declined to halt the upcoming execution of Missouri inmate Carman Deck, and Republican Gov. Mike Parson said he will not grant clemency.

Deck, 56, is scheduled to die by injection at 6 p.m. Tuesday at the state prison in Bonne Terre for killing a couple while robbing their rural home in July 1996.

“Mr. Deck has received due process, and three separate juries of his peers have recommended sentences of death for the brutal murders he committed,” Parson said in a statement. “The State of Missouri will carry out Mr. Deck’s sentence according to the Court’s order and deliver justice.”

Only four executions have been carried out in the U.S. so far in 2022, and the 11 last year were the fewest since 1988. Earlier Monday, Tennessee Gov. Bill Lee paused executions for the rest of the year to enable a review of the state’s lethal injection procedures. That decision came after a testing oversight forced the state to call off the execution of Oscar Smith an hour before he was to die on April 21.

Deck, of the St. Louis area, admitted that he killed James Long, 69, and his 67-year-old wife, Zelma, while robbing them at their home in the eastern Missouri town of De Soto in July 1996.

Deck’s death sentence was thrown out three times due to procedural errors before a federal appeals court panel restored it in 2020.

The clemency petition on behalf of Deck cited abuse he suffered as a child, including sexual abuse and beatings. It also said he and his siblings often were left alone without food.

The number of executions in the U.S. has declined significantly since peaking at 98 in 1998. The drop has coincided with a decline in public support for capital punishment that has fallen from a high of 80% in 1994 to 54% in 2021, according to Gallup polls. Since the mid-1990s, opposition to capital punishment has risen from under 20% to about 45%.