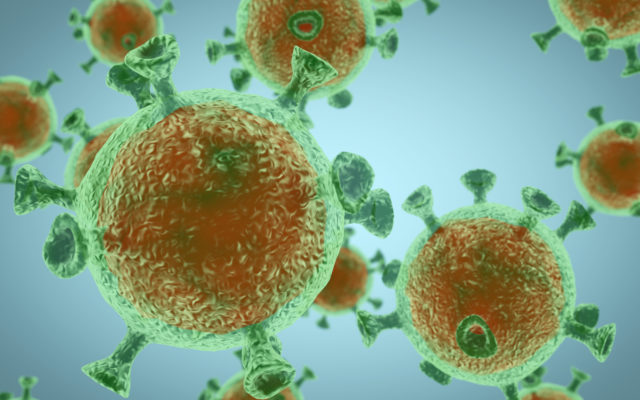 O’FALLON, Mo. (AP) — The death toll from COVID-19 in Missouri has topped 10,000, according to the state health department’s coronavirus dashboard Thursday.

The dashboard showed 20 new deaths, bringing the total to 10,002 since the onset of the pandemic in early 2020. Nationally, more than 615,000 Americans have died from the virus.

“We are saddened to have lost so many Missourians over the last 18 months to COVID-19,” Republican Gov. Mike Parson said in a statement. “We have a way out of this global pandemic. This milestone underscores the importance of vaccination and personal responsibility across the state.”

The state’s acting health director, Robert Knodell, agreed. “Help us honor the loss we’ve experienced by protecting yourself and your family from this virus,” he said in a statement.

Deaths have been rising again in recent weeks due to the delta variant, and it has been especially troubling in southwestern Missouri. The Springfield-Greene County Health Department said Wednesday that 82 people died in Greene County alone between July 1 and Aug. 10.

New cases and hospitalizations also are at their worst levels since the winter.

The state dashboard on Thursday also showed 2,675 new confirmed cases and a seven-day average of 2,013. Hospitalizations rose by 68 to 2,268. Intensive care unit space in Missouri hospitals is at 17% — and 14% in the St. Louis area.

New cases, deaths, and hospitalizations have been rising in Missouri since June as the delta variant has taken hold in a state with an initial vaccination rate that lags nearly 10 percentage points below the nation as a whole.

Medical professionals say the difference between now and the winter is that younger people are more vulnerable.

During a news conference Wednesday in Springfield, CoxHealth CEO Steve Edwards said a 23-year-old woman died Tuesday at the hospital in Springfield. He said his hospitals are seeing four to six deaths each day. Forty-eight of the 173 people hospitalized at CoxHealth were younger than 50.

“I believe our staff will carry these losses for the rest of their lives,” Edwards said.

The St. Louis Post-Dispatch reported that Missouri has counted 463 deaths over the past five weeks, even though COVID-19 deaths are often reported several weeks after they occur as death certificates are analyzed. The state reported 220 deaths in the previous five-week period.

With the start of the school year approaching, districts across the state are determining how to handle the virus. Kansas City Public Schools will require all staff members to either get vaccinated or agree to weekly testing, the Kansas City Star reported.

Officials said during a school board meeting Wednesday that they believe Kansas City is the first district in Missouri to issue such a requirement.

The Missouri State Fair opened Thursday and despite the expected large crowds, masks are not required. The fair, which runs through Aug. 22 in Sedalia, will have masks available for attendees.