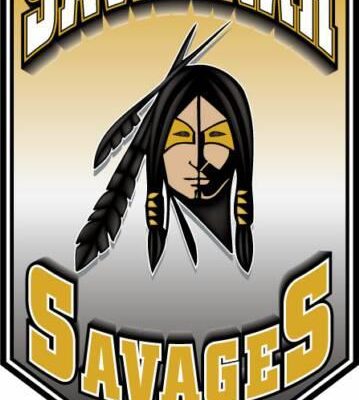 MISSION, Kan. (AP) — Leaders of a nearly all-white northwest Missouri school district have narrowly voted to keep the high school’s “Savages” nickname but will phase out the use of Native American imagery.

The Savannah R-3 Board of Education’s 4-3 vote on Tuesday night came after months of dueling petitions and heated debates over the mascot and amid a national movement calling for racial justice.

“We value everyone’s opinion in the community, and we also value those indigenous voices that speak up and say, ‘This is not OK,’” outgoing Board President Stancy Bond said Wednesday. “We thought that it was a middle ground move to compromise and remove the imagery.”

Savannah, a town of about 5,000 residents about 65 miles (105 kilometers) north of Kansas City, was built on land that once belonged to several Native American tribes. The logo, versions of which date back to the 1930s, features the head of a Native American with a partially painted face and a feather in his hair.

Bond said a Bengal tiger is among the new mascots being considered for the Savages. A meeting is planned for Monday night to decide how to proceed. The plan is to give high school students a voice in the process, she said.

Activists, including those who petitioned the board last summer to change the mascot, hoped to have the name and image eradicated. Nearly 350 people commented in writing.

“It’s embarrassing for me to explain the mascot to friends and they are often appalled that this hasn’t already been changed,” wrote Zachary Beattie, a 2010 graduate. “The need for this change has become abundantly clear.”

Amanda Barr, a 2002 graduate who started the petition and lives in Missoula, Montana, said she has talked about the school’s mascot in her standup comedy routine. She said the bit usually gets a “kind of a cringe laugh.”

“I am honestly kind of in shock that they passed the image change, given the enormous amount of pushback and community anger at the petition,” she said.

But, she said, the move doesn’t go far enough.

“Ideally, the savage moniker also would change because that has historically been and still is a very, very racially charged term,” she said. “Even when applied to another image, that has a legacy at that school.”

Many residents wanted nothing to change, and board member Dyann Duncan walked out of the meeting after failing to stop the removal of Native American imagery. She declined to discuss the issue Wednesday with The Associated Press.

The measure calls for preserving “school artifacts,” while using the new logo “whenever financially possible.” The phase-out will start at the beginning of the next school year.

“The Savage mascot is in the middle of the gymnasium floor, and we just had that floor resurfaced two years ago and that should be done once every 10 years, so it is going to be around for a long time,” Bond said. “But we were committed to phasing it out and being fiscally responsible while doing it because in every educational community there is never enough funds.”