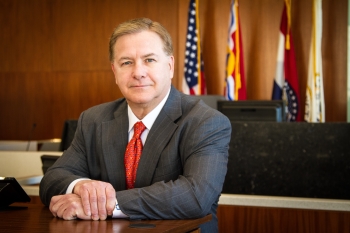 A Republican running for U.S. Senate in Missouri says there may still be some racism, but he says it is hard to find. During an interview on Missourinet affiliate KDRO in Sedalia, Mark McCloskey was asked what kind of progress he has seen since the Civil Rights Movement. He says although every community has people with different backgrounds who have made a success of themselves, he said the left has created an ongoing myth of systemic racism…

McCloskey, a trial attorney, gained attention last summer when he and his wife pointed their guns at protesters walking along their private St. Louis street. McCloskey says the protesters threatened to burn down his home and kill his dog, among other things.