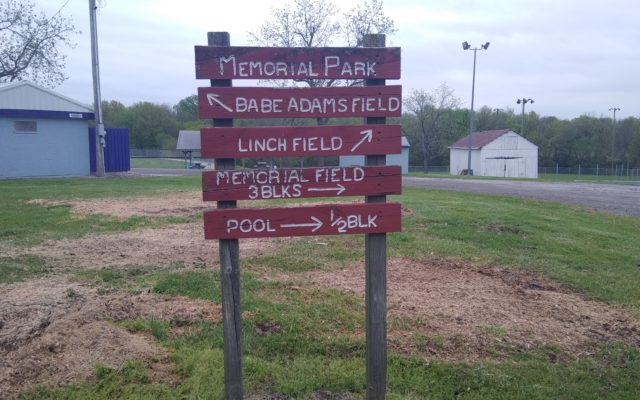 Bethany’s Board of Aldermen voted not to carry an ordinance that would have made changes to the authority of the Bethany Park Board as they relate to the city council. The action came at a meeting held on Monday night. The motion to consider the ordinance was brought up to bring the matter up for discussion, but the motion never did receive a second, so it was stopped at the point of the vote. Several Bethany Park Board members were present at the meeting and later asked why that matter was brought up. Councilman Randy Brejnik had requested the ordinance and answered the park board request by stating that he simply wanted more accountability on the part of the park board to follow through with budgeted items within a fiscal year. One of the issues is the Bethany Gym’s roofing repair. The insurance company for the park board doesn’t feel the roof repair comes from storm damage and is not recognizing the claim at this point. A representative with Midwest Public Adjusters did address the council on Monday night and feels he could work as a mediary and attempt to obtain funding for a claim. He would be working on the matter as a public insurance adjuster and would only be paid if he obtained a financial resolution to the matter. Without insurance money, the park board says the roof repair would amount to 39% of the department’s entire yearly budget. That was one of the reasons why financing had not been previously obligated to the project. During the discussion, the council and park board discussed resolutions for playground equipment that is considered liabilities that hurts the city’s insurance rating. Park Board President Suzanne Wagner says the park’s rocket slide and red bridge are items that are being addressed. She also says the department is being forced to pay for damages due to vandalism. She says the board is considering purchasing security cameras for the park area.

The Midwest Public Adjuster representative also announced a plan of action for obtaining some sort of insurance settlement for the Bethany Library’s roof. He presented an option whereby he would work as an insurance appraiser and would enter informal arbitration on the matter and charge the city a flat fee. That matter could be visited at a later time.

Bethany’s council approved another 5-year term with PeopleService for water and waste water service during the meeting. The monthly cost for PeopleService will remain flat for the upcoming year at $58,482. The increases in the previous contact were approximately 2 percent per year. There are 6 PeopleService employees that are considered to have primary work objectives in Bethany. The 5-year contract was approved with a 3-1 vote. Councilman Randy Brejnik voted against the measure and explained his vote later by stating that his vote was consistent with the city residents that voted him into his position initially. Council Terry Osmon also stated to PeopleService representatives during the discussion of the contract that he would like to see more safety equipment and signs in use or on display from PeopleService during work projects.

The Bethany 136 Community Improvement District has now been closed out. There will still be approximately $12,500 dollars that will come into the district. The city has pledged to hold that money in a special fund that will be used by the owners of buildings within that district.