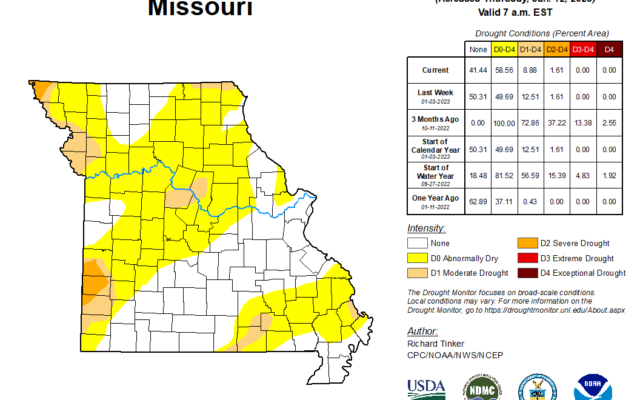 Iowa’s map also shows improvement. Southern Iowa is generally free of even pre-drought territory in all but Taylor County. Across the entire state, another 6 percent of the state was taken out of pre-drought conditions. 17 percent of the state is now considered to be without dryness. The state’s moderate drought territory dropped by 13 percent. Overall in Iowa, point-5 percent is in exceptional drought, 8 percent in extreme drought, 21 percent in severe drought, 25 percent in moderate drought, and 29 percent with pre-drought conditions. 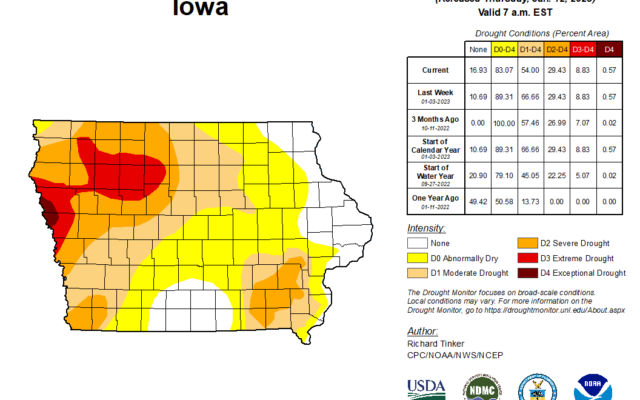