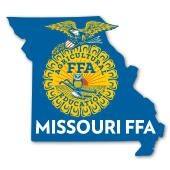 The new officer team for Missouri FFA was formally installed last (Wednesday) night during the third session of this year’s virtual convention. State adviser Leon Busdieker (bush-decker) says the new team has been meeting frequently online since being named earlier this month.

Each session of the convention has included reflection speeches from each of the 16 retiring state officers. Busdieker acknowledges that it feels much different having them delivered to a camera rather than over nine-thousand FFA members and guests in Columbia.

The last two sessions will air tonight (Thursday) on Missouri FFA’s Facebook page, beginning with recognition of the state degree recipients at 6 and announcement of star award winners at 7:30. Previous convention sessions are also available on their page.