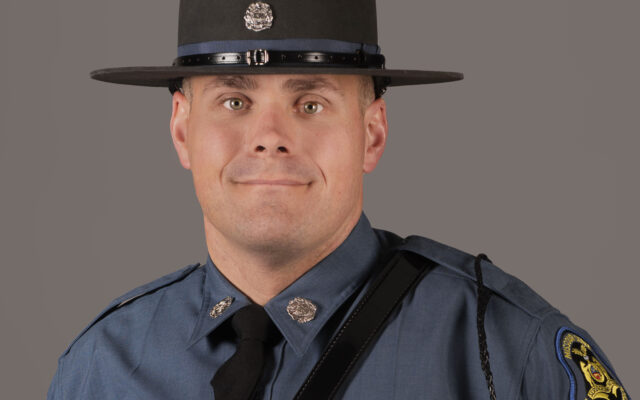 ST. JOSEPH, MO – Captain Clark N. Stratton, commanding officer of Troop H, St. Joseph, Missouri, announced the assignment of a new trooper to Troop H. The new trooper was a member of the Missouri State Highway Patrol’s 114th Recruit Class that graduated from the Patrol Academy on April 29, 2022. The new trooper will report for duty on May 9, 2022.

Trooper Sean P. Gomez, of Clarksdale, Missouri, has been assigned to Zone 5, which serves the citizens of Andrew and Buchanan counties. Trooper Gomez is a graduate of Bishop LeBlond Memorial High School in St. Joseph, Missouri. He attended Park University in Parkville, Missouri. Trooper Gomez served in the U.S. Army as a forward artillery observer from 2007 to 2014, and was stationed at Fort Riley, Kansas, and Fort Campbell, Kentucky. Prior to joining the Patrol, he worked as a Maryville, Missouri, police officer. Trooper Gomez is married to Jolisa (Walker) Gomez, and they have five children. Trooper Gomez’s field training officer will be Trooper Steven J. Force.