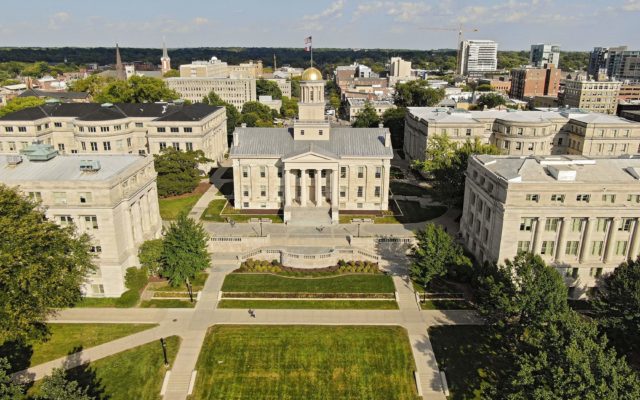 (Radio Iowa) The University of Iowa’s new president says proposed tuition increases at the school are reasonable, but Barbara Wilson says she will be looking for financial aid and scholarships to help students struggling to pay escalating tuition costs.

“I think the goal is to allow increases when needed, but to keep them very manageable and closely connected to inflation and/or to the amount money we get from the state,” Wilson said, “and when the state keeps us at a level playing field, we don’t have a lot of other levers.” The board that governs Iowa, Iowa State University and the University of Northern Iowa is scheduled to vote on proposed tuition hikes next week. Fall tuition is expected to go up more than two-hundred-80 dollars for in-state students at Iowa and Iowa State and by one-hundred-15 dollars for Iowa residents attending the University of Northern Iowa. Wilson says while the added costs may strain some families, the University of Iowa still has lower rates that many of its peers. Wilson, who officially started her new job July 15th, has met with Governor Reynolds and some legislators already. A bill to ban tenure died in the 2021 legislative session, but it advanced farther in the process than ever before. Wilson says academic freedom is critical to the university’s ability to recruit faculty.

“They’re not going to come here if somehow tenure is threatened or their ability to do the kind of work that they need to do and that will certainly be a really important part of my goal, is to help people appreciate that,” she says, “not just legislators, but taxpayers, families, students.” Wilson, a Wisconsin native, was the executive vice president and vice president for academic affairs at the University of Illinois before she was hired to lead the University of Iowa.