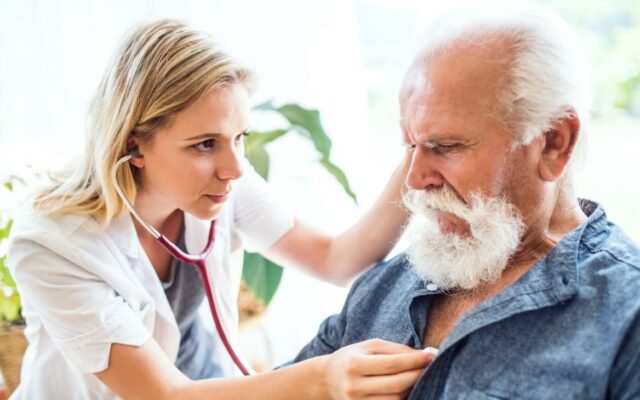 (Radio Iowa) The administrators of Iowa’s nursing homes and assisted living facilities say they’re struggling to retain enough staff. Devin Juel at the Hawkeye Care Center in Dubuque says at one point last fall, the facility had to shut down an entire wing due to staffing issues. And he says he knows other facilities are experiencing similar shortages.

“We get calls daily. I take at least six to 12 calls a day from hospitals not only from here in Dubuque, but from Iowa City, Madison, Rockford, Illinois, even Omaha, Nebraska, looking for placement for people that need nursing home care,” he says. Juel says his facility started to see a rapid decline in staff last summer. And that’s only increased the rate of burnout as remaining staff now have to work a lot of overtime.

“People have to cover extra shifts and, and you know, it’s, it’s not an easy job. It’s pretty, pretty labor-intensive at times, you know, when you’re caring for adults, and some of them are pretty dependent and need a lot of help with dressing, bathing, etc, “according to Juel. Juel says the facility will see many people apply for a job, but then few will follow through on interviewing and training. He made his comments on Iowa Public Radio’s River to River program.