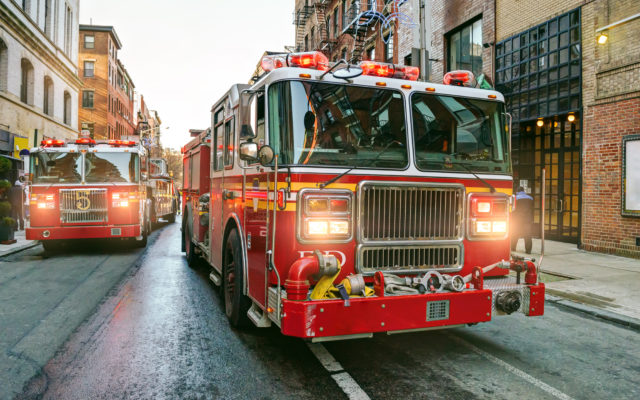 Northwest Missouri State University plans to remember the events of September 11th, 2001 and is inviting the community to its second annual “9/11 Stair Climb”. The event will pay tribute to 343 firefighters who climbed the World Trade Center staircases and perished. The “9/11″ Star Climb” will be held from 7 until 10am Saturday, September 11th at Bearcat Stadium.

Community members may participate in a 2,071-step challenge as individuals or in teams of five. Interested individuals may pre-register for the event by clicking here; to register as a team, complete one registration form for all team members. All participants will receive a 9/11 laptop sticker.

Additionally, Northwest will play footage of 9/11 on the Bearcat Stadium videoboard, and a flag display will honor those who lost their lives as a result of the attacks. The Memorial Bell Tower, located at the center of the University campus, will chime at 8:46 a.m., 9:03 a.m., 9:37 a.m. and 10:03 a.m., marking the times that each of the four planes crashed on 9/11.

On Sept. 11, 2001, militants hijacked four airplanes and carried out suicide attacks against targets in the United States, flying two planes into the World Trade Center’s twin towers in New York City and a third into the Pentagon in Washington, D.C., as a fourth plane crashed in a field in Shanksville, Pennsylvania. A total of 2,977 people died as a result of the attacks, including 343 firefighters and paramedics, 23 New York City police officers and 37 Port Authority police officers who were attempting to evacuate the buildings and save people who had been injured.