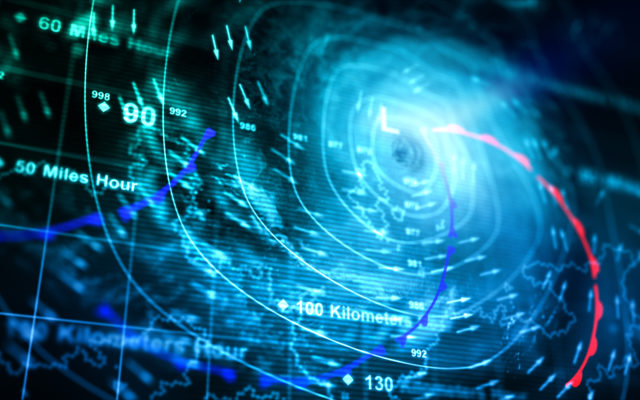 (Radio Iowa) October wrapped up as one of Iowa’s 20 driest Octobers in 150 years of record keeping. State climatologist Justin Glisan says the northwest and central regions of the state were as much as two-and-a-half inches below normal for rainfall for the month.

“We’re starting to trend down into the driest part of the year which is December, January and February,” Glisan says, “but if we look at the statewide average total, we were just under an inch, and that’s about one-and-three-quarter inches below average across the state.” Temperatures were widely varied for the month, with some days in the 90s for highs and some nights falling well below freezing and into the teens. November is starting off warm but the short-term forecasts indicate that won’t last but another day or so.

“Outlooks are showing us a trend towards cooler-than-average temperatures but also a wet signal is building in,” Glisan says, “which is good in terms of replenishing at least some subsoil moisture for the next growing season, given how pervasive drought has been across the state.” Glisan says it appears the weather pattern known as La Nina will continue into the winter ahead for a third straight year, which is unusual.

“Typical La Nina years, historically for the state of Iowa, we’ve seen above-average snowpack,” Glisan says. “If we look at the outlooks, we’re not getting a clear signal on precipitation right now, but we are getting a slightly elevated signal for colder-than-average temperatures in that December, January, February timeframe.” La Nina happens when cold sea surface temperatures in the Pacific impact where the storm track sets up across the country. With the wide temperature swings during October, Glisan says it all balanced out as the average temperature for the month was less than one degree below normal.