Old-Timers Will Recall When it was “Really” Hot, the Summer of 1936 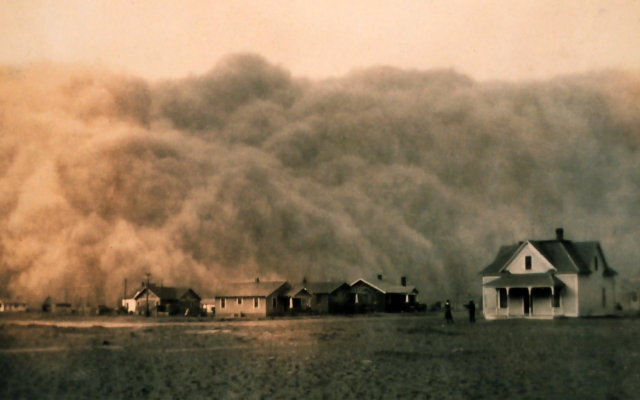 (Radio Iowa) It’s been pretty hot in Iowa in recent weeks, but our grandparents or great-grandparents might recall another sweltering summer many decades ago that was much worse. National Weather Service meteorologist Brooke Hagenhoff says you’d have to go back 85 years to find when many Iowa communities had their all-time steamiest summer.

“July of 1936 is the hottest month on record,” Hagenhoff says. “In fact, there were 15 days that had temperatures over 100 degrees, including eight days straight of 100-plus-degree temperatures.” While Iowa is experiencing moderate to severe drought conditions now, we’re still not seeing anything like it was in during the Dustbowl Days of 1936.

“Not only was it really hot, it was extremely dry,” Hagenhoff says. “In fact, only six-hundreds of an inch of rain fell during the entire month of July.” Even though Iowa has come a long way since the 1930s, with modern air conditioning in our homes and vehicles, heat remains the number-one weather killer in the state, not lightning, flooding, tornadoes or anything else. That long-ago summer was also exceptionally deadly.

“By July 15th of 1936 in Iowa alone, there were over 232 fatalities due to the heat,” Hagenhoff says, “and there would be more that would occur later that summer as well.” High temperatures for the next several days are expected to climb into the 80s and 90s for much of the state.