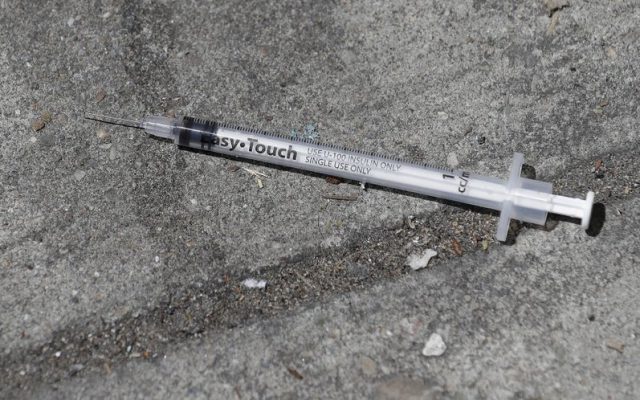 A used syringe is shown on a sidewalk in San Francisco, Thursday, May 10, 2018. The city of San Francisco hands out millions of syringes a year to drug users but has little control over how they are later discarded and that's contributing to dirty streets and hundreds of complaints. (AP Photo/Jeff Chiu)

“But then there’s been some other long-standing impacts,” Lynch says, “Things like stigma about using substances or having a substance use problem and then stigma about asking for help with that.” She says increased fear and anxiety during the pandemic was also a factor in the dramatic increase in overdoses.

“Another factor really has been the increasing contamination of the drugs with fentanyl,” she says, “which is so potent and it’s much easier to overdose and die with that.” The C-D-C reports 93-thousand people died of opioid overdoses nationwide last year. Lynch made her comments on the Iowa Public Radio show, “River to River.”