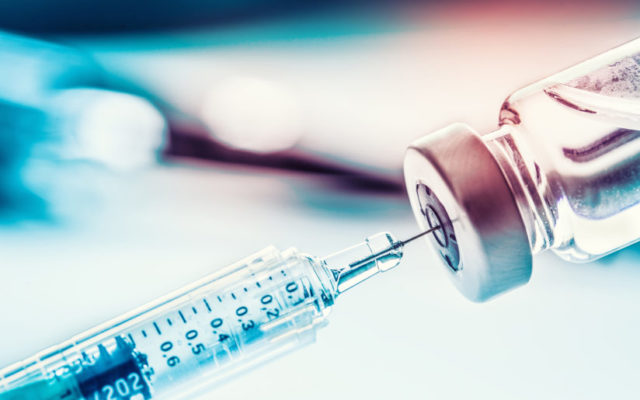 JEFFERSON CITY, Mo. (AP) — Gov. Mike Parson on Wednesday said Missouri wants to increase the state’s lagging vaccination rate for COVID-19, as it deals with a big spike in cases and hospitalizations.

The state health department on Wednesday reported 854 newly confirmed cases — one of the largest one-day totals since February — and nine new deaths. The increase is driven largely by a jump in cases in southwestern and northern Missouri, areas hit hard by the fast-spreading delta variant.

Hospitalizations have risen sharply over the past month, mostly in southwestern Missouri. State data shows 334 people are hospitalized, including 124 in intensive care. The number of hospitalizations in mid-May was 86.

“The bottom line that people need to know: this virus is still here, and it’s going to be here,” Parson told reporters gathered at his Capitol office. “It’s just not going to go away.”

Parson said 18-29 year-olds, who are less likely to get seriously ill from the virus, can spread it to others who are at higher risk. He said he especially wants to increase the vaccination rate for 40-50 year-olds and added that the state is focused on a marketing campaign to increase vaccinations.

Asked about offering an incentive for people to get the vaccine, Parson said all options are on the table but he’s wary about paying people for something he considers a “personal responsibility.”

Statistics from the U.S. Centers for Disease Control and Prevention show 54.2% of Americans have initiated vaccination, and 46.4% are fully vaccinated. In Missouri, 44.4% of people have received at least one shot, with 39% fully vaccinated.

Some health officials are worried that Fourth of July gatherings could further the spread of the virus. Jon Mooney, assistant director at the Springfield-Greene County health department, urged precautions such as masks for those who are not fully vaccinated.

“With the increase, and increase in infectiousness, we think it’s more and more likely to have continued spread,” Mooney said at a news conference Tuesday.

Truman Medical Center’s chief medical officer, Mark Steele, said none of its 14 COVID-19 patients were fully vaccinated. Some were in their 30s and 40s, The Kansas City Star reports.

“The risk obviously for everyone in general is that if we continue to have people where the virus can infect, then we’re at risk for developing additional mutations and we hope we don’t get one that then renders the current vaccine somewhat ineffective,” Steele said.

Liberty Hospital also was treating younger patients, including one who was just 36.

“We’ve seen an increase in COVID volume for the past month or so, mostly coming from up north here,” said chief medical officer Raghu Adiga.