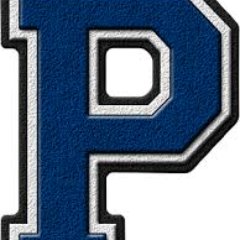 Princeton School Board members discussed considerations for naming rights for the baseball field at the new ballpark complex and the possibly of a Mercer County Daycare during their January meeting.

According to a news release of the school district, the discussion around the naming rites began after a proposal was presented by community member Danny Derry who offered $30,000 for the opportunity to name the baseball field at the new ballpark complex after his grandfather, Dewey Derry. The discussion included a question about whether the Gerald Gentry and Dick Franklin fields at the current complex would be carried over to the new ballpark, whether other naming options should be considered, and the fact that naming rights were not offered nor considered with previous donations. One option included the creation of a Wall of Fame at the concession stand to honor former baseball and softball coaches, players, and those contributing. The board directed Superintendent Jerry Girdner to evaluate options further.

The discussion about a Mercer County Daycare came after a presentation from the Mercer County Economic Area Development Board. The proposal would require the Princeton School District to host, manage, and fund the program. There has already been work done regarding grant opportunities for the start-up for the potential project. The board has requested that the superintendent visit a facility located at 500 West Main Street which may be considered to host the daycare.

In their executive session, Princeton School Board members approved Brent Mitchell as Golf Coach for the 2023 Spring Season. Superintendent Jerry Girdner’s contract was also extended through the 2024-25 school year.