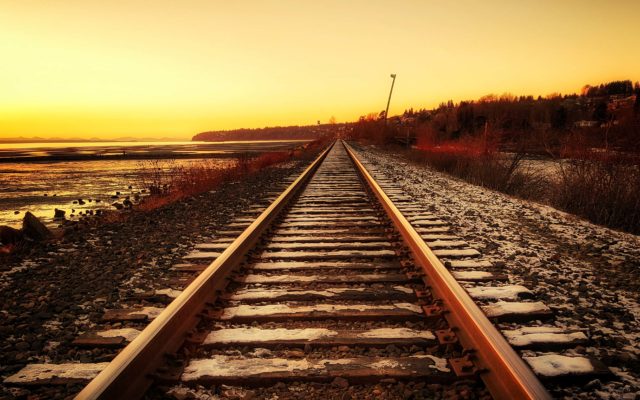 (Radio Iowa) The state legislative director for a union that represents transportation workers says the contract being imposed on the nation’s rail workers sets a troubling precedent. Chris Smith of Tama is a local leader in the SMART-T-D Union, which rejected the tentative agreement in November.

“We’re not happy that congress intervened in a system that’s set up to work without their intervention,” Smith says. “We feel that the railroads did not have to fairly negotiate contracts because they had the leverage of congress forcing us back to work.” At President Biden’s request, congress voted to avert a strike and force rail workers to accept the terms of a tentative agreement on wages and benefits. Members of seven different unions rallied at the Iowa Capitol yesterday (Tuesday) to voice their objections. Ross Grooters is chairman of the Iowa State Legislative Board for the Brotherhood of Locomotive Engineers and Trainmen.

“Our issues have not changed and we’re going to continue working to get the kind of workplace we need as workers,” Grooters says. Grooters says there seems to have been a collective sigh of relief in the country that a railroad strike was averted, but he says the issues that are causing supply chain disruptions haven’t been resolved.

“We’re going to continue to have problems with the freight rail system, Grooters says, “and so we’re trying to keep that at the forefront of people’s minds.” Grooters says trains aren’t properly staffed. Freight railroads have pared staff dramatically since 2015 to reduce costs and increase profits. According to the Associated Press, more than 22 percent of the jobs at Union Pacific, CFX and Norfolk Southern have been eliminated in the past five years.