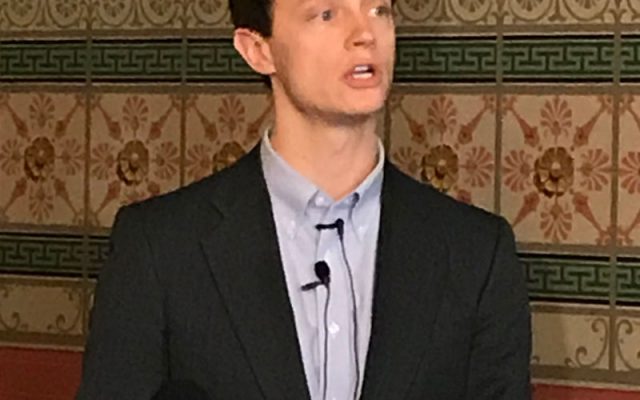 “I mean the bottom line is we have a system that disenfranchises a third of Iowans,” Sand says. “If you’re a registered independent, you’re told that you don’t get to participate in the primary.” State law requires Iowans to be registered as a Democrat or a Republican to vote in the June Primaries that determine the top two candidates listed on the General Election ballot.

“Here we are in a country that celebrates Independence Day every year, and yet we tell actual independents that they’re not allowed to participate equally,” Sand says. “I think that’s ridiculous.” In an open primary, voters choose the top two candidates for each race. Sand also supports ranked choice voting, with voters ranking the list of candidates for each office. Sand says Alaska’s system of open primaries AND ranked choice voting is promoting bipartisanship.

“Look at this, you had Mary Peltola, who’s the Democrat who holds the congressional seat, and Lisa Murkowski, the Republican who holds the Senate seat, endorse each other. A Democrat endorsed a Republican and a Republican endorsed a Democrat…That’s the sort of focus that we need,” Sand says. “We need to be focused on who the people and whether or not they’re actually interested in public service as opposed to just being interested partisanship and games.” A candidate who wins a majority of the vote is automatically declared the winner in a ranked choice system. However, if no candidate reaches that threshold, the second and third choices of voters are tabulated to determine a winner.