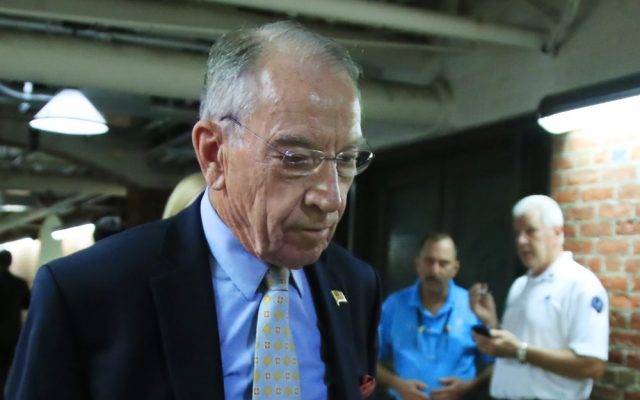 (Radio Iowa) Iowa Senator Chuck Grassley is praising President Biden for signing an executive order based on a bill Grassley co-sponsored to boost the transparency of government records about the Nine Eleven attacks. Grassley says the move is designed to help people who want to sue Saudi Arabia for whatever role that nation may have played in the attacks 20 years ago this week.

“The reason they can’t move forward with the lawsuit is these documents are still classified,” Grassley says. “Under the president’s executive order or under our legislation, these documents would be made public.” President Biden’s order is based on the bipartisan September 11th Transparency Act, which requires federal agencies to conduct a declassification review of records related to the attacks. Grassley says it’s time for all of those documents to be opened.

“After 20 years, they ought to be, not just for the sake of the lawsuit moving forward,” Grassley says. “A lawsuit is a lawsuit. They may have all the information they need and they still may not be able to make a case but they ought to be able to try to make a case. But also, for the principle of transparency in government.” Grassley says the public has long waited for a full picture of everything that led up to the attacks, “including everyone involved in funding, planning and perpetrating these horrific acts of terrorism.”

“What’s wrong, after 20 years of secrecy about this, making that public? Nothing,” Grassley says. He says he’s “grateful” for the executive order as it will begin to “pull back the curtain on the 9/11 records so that victims’ families, survivors and all Americans can expeditiously get the answers and justice they deserve.”