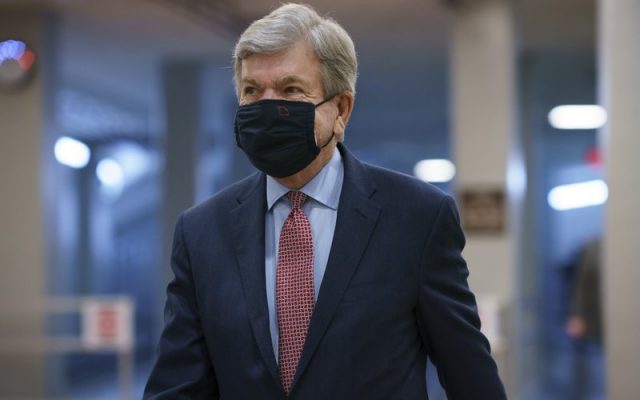 FILE - In this March 5, 2021, file photo, Sen. Roy Blunt, R-Mo., heads to the chamber as the Senate holds a voting marathon on the Democrats' $1.9 trillion COVID-19 relief bill that's expected to end with the chamber's approval of the measure, at the Capitol in Washington. Sen. Blunt says he will not seek a third term in the U.S. Senate. Blunt, who turned 71 in January, was widely expected to seek a third term in 2022. He made the surprise announcement in a video Monday, March 8, 2021. (AP Photo/J. Scott Applewhite File)

Some Missouri federal lawmakers are speaking out about President Joe Biden’s amped up efforts to pass voting rights legislation.
The president spoke in Atlanta Tuesday, and visited the graves of Dr. Martin Luther King Jr, and Coretta Scott King.
He spoke of his frustration at Republicans who are blocking voting rights legislation.
The president is also calling on the US Senate to change its filibuster rules so some form of a measure will pass.
U.S. Senator Roy Blunt of Missouri says many of the changes made by the states are good for voters.