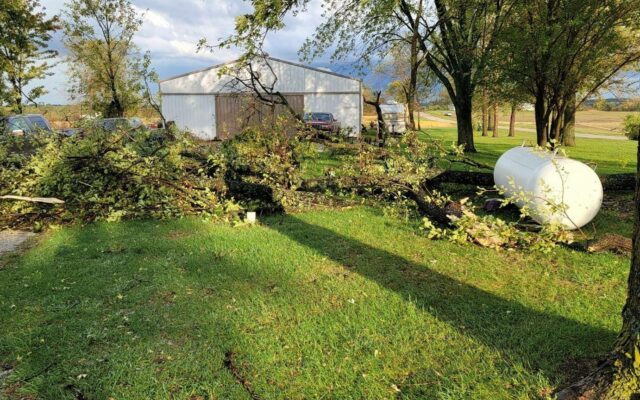 Severe weather impacted the southern part of the listening area on Sunday afternoon with Tornado Warnings issued for parts of DeKalb, Daviess, Mercer, Grundy, Clinton, Caldwell, Buchanan, Linn, and Livingston Counties among others.

The storm warnings began just before 3pm on Sunday afternoon and the storm split, creating two tornado warnings. One includes eastern DeKalb, Daviess, and southern Gentry Counties. That same storm then spawned another tornado warning for southeastern Harrison, Mercer, and Grundy Counties. That storm led to a report from Daviess County Law Enforcement of trees uprooted.

Tornadic storms were confirmed to the region further south with a roof damaged by a tornado near Mirabile. A report from Breckenridge included 1.5 inch hail.