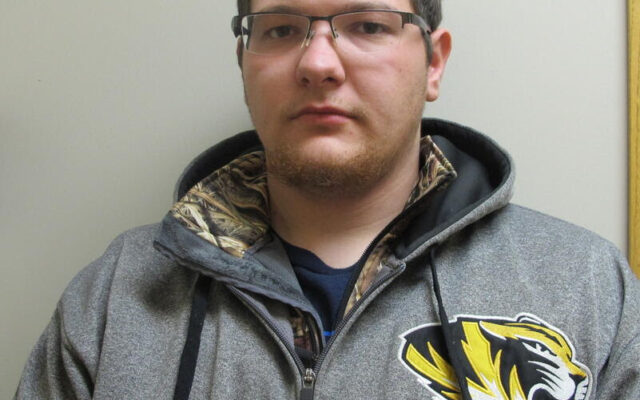 Livingston County Sheriff Steve Cox says his office began an investigation into 24-year-old Jonathan Patrick Peterson soon after he first registered with their office on January 3, 2022. According to the Sheriff’s Office Patterson’s family had checked with the office about a specific living lorication for him. they were told that location was not allowed because of its proximity to a day care facility.

Soon thereafter Patterson registered with the Sheriff’s Office as living in a Chillicothe motel. Sheriff Cox says his office had reason to believe Patterson left that motel within days.

Sheriff Cox says Patterson was arrested Wednesday afternoon for alleged felony failing to register as a sex offender. He was processed and transferred to the Daviess DeKalb Regional Jail to await formal charges.

Patterson was convicted in Livingston County Court in October 2016 for promoting sexual performance of a child. He disclosed on his original registration the victims were ages 2 and 5 at the time of offense in July 2016.