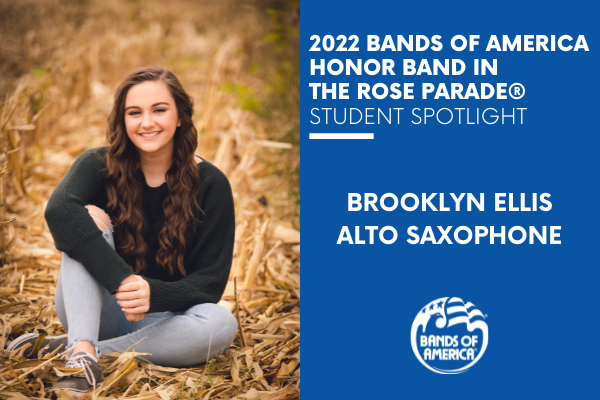 A South Harrison alumni and Bethany resident has been chosen as 1 of 4 drum majors who will be leading the honor band in the upcoming 2022 Rose Bowl Parade.

Brooklyn Ellis was accepted into the Bands of America Honor Band earlier this year. She then auditioned for one of the drum major positions.

Brooklyn received a phone call from composer and director of the honor band, Richard Saucedo, notifying her that she had been named as one of the drum majors.

The Rose Parade will be held on New Year’s Day 2022 in Pasadena, California. The Bands of America Honor Band consists of more than 300 members.

Brooklyn is the daughter of Travis and Courtney Ellis. She is a 2021 graduate of South Harrison High School. Brooklyn will be attending Northwest Missouri State University this fall pursuing a degree in Music Education.