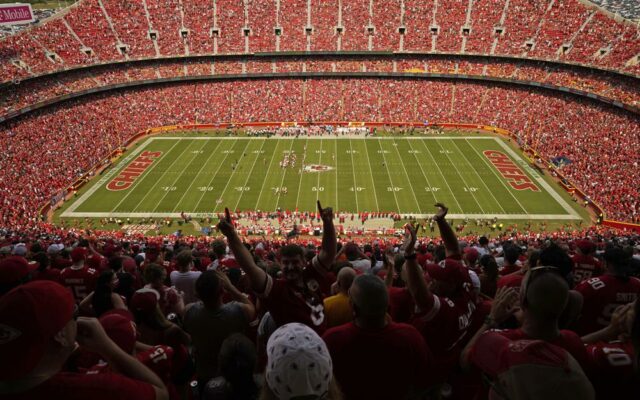 FILE - The Kansas City Chiefs and the Cleveland Browns play during the first half of an NFL football game at Arrowhead Stadium, Sunday, Sept. 12, 2021, in Kansas City, Mo. Kansas City Chiefs chairman Clark Hunt says the team prefers to renovate Arrowhead Stadium rather than build a new stadium. But that will depend on a number of studies that are examining the structural integrity of a building celebrating its opening 50 years ago this season. (AP Photo/Charlie Riedel)

Sports betting is back on the agenda of Missouri lawmakers as the new legislative session kicks off today (Wednesday). The measure came close last year but died in the Missouri Senate on the final day of last year’s session. Republican Representative Dan Houx (HOWKS) of Warrensburg is sponsoring the House version of the bill again this year:

This year’s Senate version, like last year’s, would legalize video lottery in Missouri along with sports betting. The legislative session begins at 12-noon and runs through May 12th.