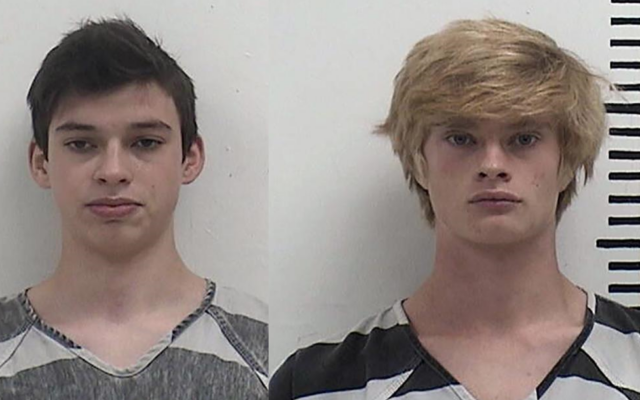 (Radio Iowa) The teenagers accused of murdering a high school Spanish teacher in Fairfield are seeking a reduction in their bonds and release from jail as they await a trial. Sixteen-year-olds Jeremy Goodale and Willard Miller each face a first degree murder charge in the killing of Nohema Graber, whose body was found in a Fairfield park earlier this month. Prosecutor Scott Brown says based on the factors in the case, bond at the least should be kept at a million dollars each or even raised to two million.

“The investigation in this case has revealed that the defendant, along with the codefendant, has engaged in a extremely brutal murder,” Brown said.
Attorneys for the teenagers say they don’t have the means to flee and, if they’re released, their families will monitor them. Christine Branstad is an attorney for Miller.

“My client’s parents and extended family are willing to ensure 24/7 monitoring,” Branstad said, “are willing to provide different residences at which he can live, they’re willing to restrict any access to electronics.” Prosecutors say the families are not capable of monitoring the teens as the crime was committed while the 16-year-olds were living at home. Judge Joel Yates heard the lawyers’ arguments in court yesterday (Tuesday). He plans to issue written rulings next week.